Since its launch for PC last year, Age of Empires 4 has been receiving regular new content drops, and that is obviously not going to stop anytime soon. Recently, developer World’s Edge provided an updated roadmap (check it out below) for what to expect from the game in the coming months- specifically, between the end of this month and November.

Season 2 of Age of Empires 4 will kick off on June 30,and it’s bringing some notable additions. The most notable of these is, of course, a new map called “The Pit”. In addition to that, the strategy title will also add the ability to fully remap hotkeys, being able to pick colours for players, a map preference system, and the expected seasonal events.

Meanwhile, later in the year, Season 3 will bring ranked team games, which has been highly requested by the player base for some time, as well as taunts and cheats, which have also been requested frequently. In addition to that, you can also expected bug fixes, balance changes, and more.

Age of Empires 4 is available on PC. Multiple developments over the past few months have suggested that the game could also be headed to Xbox. The strategy title’s developers have previously said they’re considering a console version, but no official announcement has yet been made. 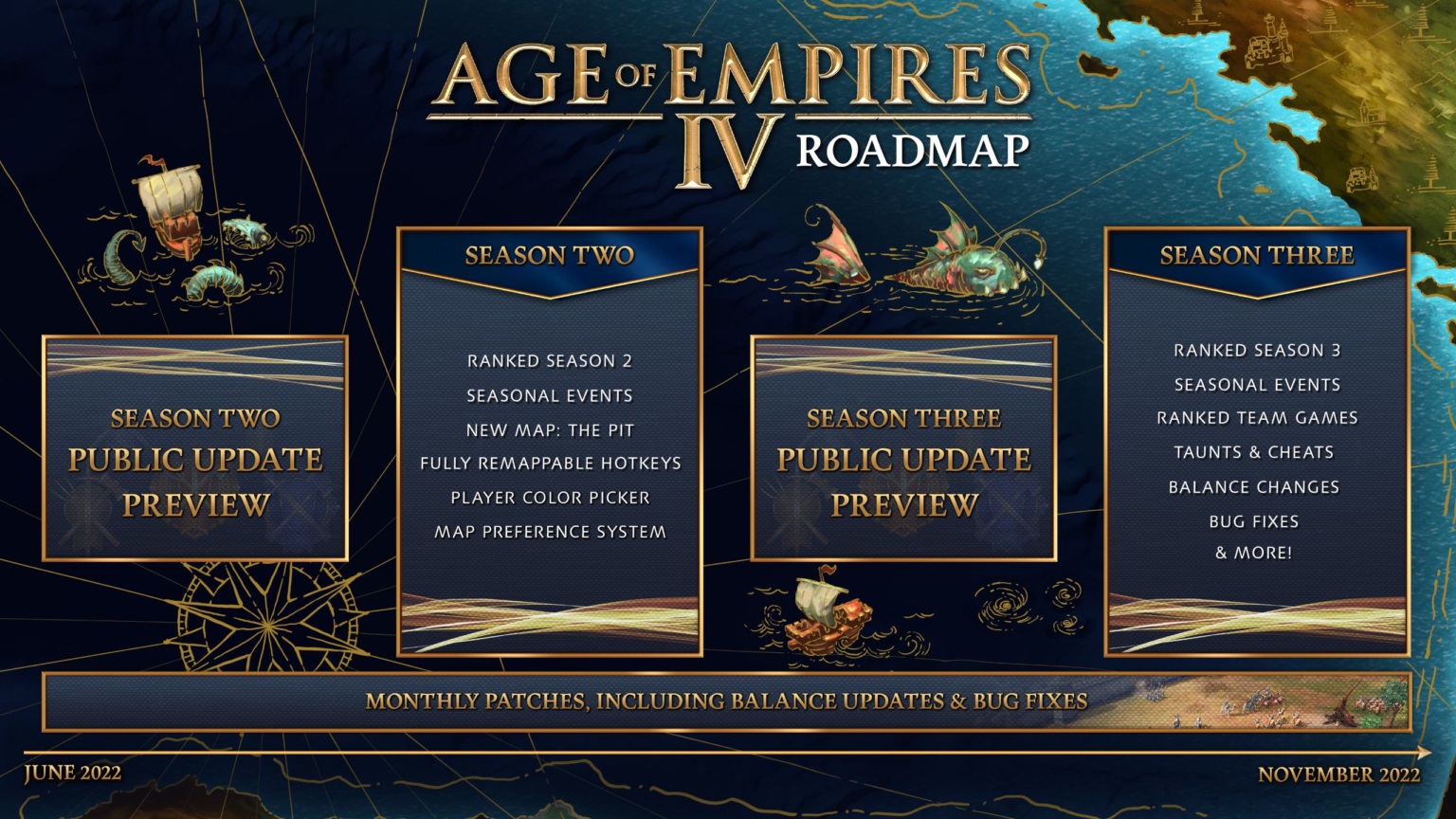