Halloween decorations in the hub and Mass Salvage for loot are also here. 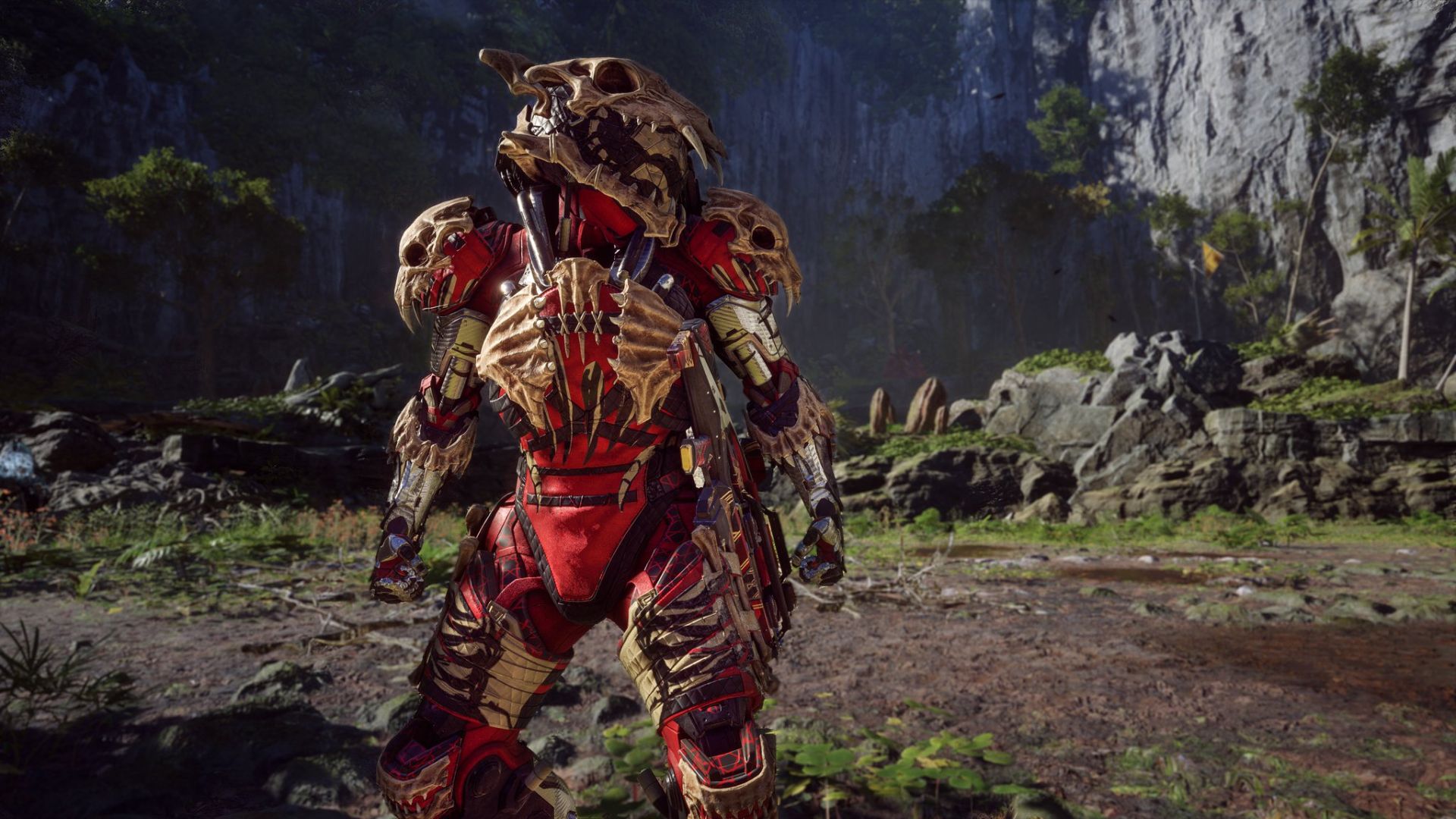 BioWare has a new update for Anthem which adds the first “season” of new content. Season of Skulls essentially sees the Cataclysm return but with some ghostly effects and the central hub done up for Halloween. Once again, you’ll be grinding out seasonal currency to spend at the seasonal store for rewards.

Fortunately, it may be worth the effort. New armor sets have been added that invoke past races from Mass Effect. The Interceptor gets the Quarian set; the Colossus receives the Krogan set; the Storm can look like an Asari; and so on, like some neat bone armor. Other neat features include mass salvage and increased Legendary drop rate by 250 percent (though War Chest prices have also increased).

There’s also a Legendary-only War Chest in the seasonal store in case you want to focus your farming efforts. The update brings various other fixes for auto loot and stability along with changes to tons of weapons. Check out the full patch notes here.

Anthem is currently available for Xbox One, PS4, and PC and contrary to belief, it hasn’t done too shabby in sales. The NPD Group recently reported that it was 2019’s fifth best-selling title in the United States as of August end.