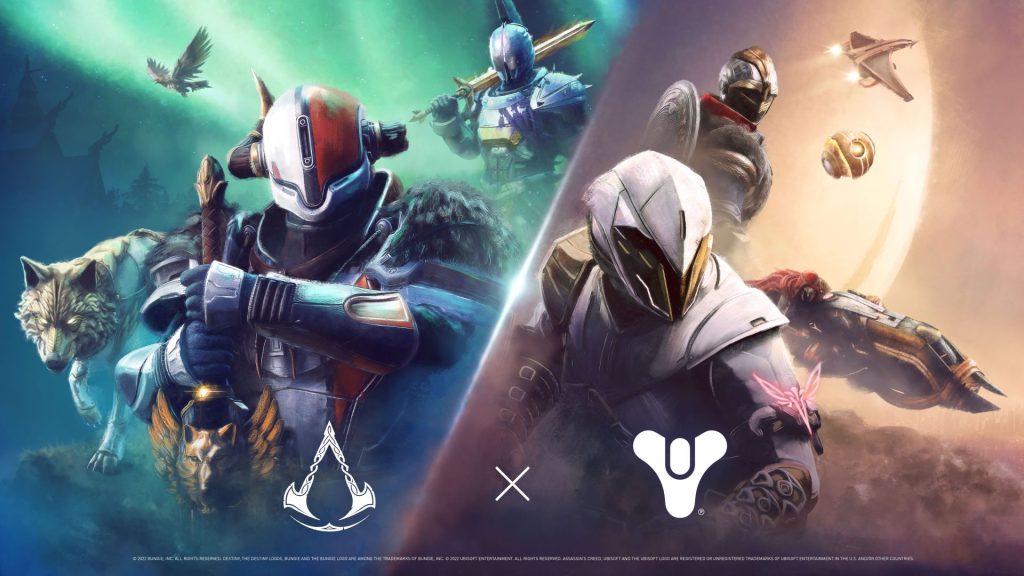 Assassin’s Creed Valhalla and Destiny 2 are crossing over, with cosmetics from each title appearing in the other. Starting on December 6th, Valhalla players can purchase a character pack which includes armor sets, swords, a skin for their mount, and a scout skin. There’s also a weapon pack that provides four “unique spins” on the subclasses from Destiny with unique perks and effects.

As for Destiny 2, the next season features a ship, three armor ornament sets, a Sparrow, Ghost Shell and finishers themed after Assassin’s Creed in the Eververse Store. Valhalla players arguably win out in this exchange with Saint-14 and Shaxx’s armor, and some crazy weapons. Then again, the Assassin-themed armor for Warlocks in Destiny 2 looks pretty good.

Season 19 of Destiny 2 starts December 6th, while Assassin’s Creed Valhalla’s The Last Chapter update – meant to go live on the same day – is now available. For more details on the latter, check out the latest trailer here.