Set in ninth century Baghdad, the story follows a younger Basim before the events of Assassin's Creed Valhalla as he joins the Hidden Ones.

DLSS and FSR are also supported, while the system requirements demand 65 GB of installation space on a solid state drive. 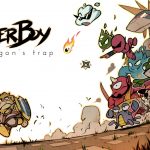 The educational focused expansion also has a standalone version on PC, which will come to consoles and streaming for the first time in 2022.