Over 80 new quests such as Skirmishes, Sieges and Duels are slated for the season, which is available until November 29th. 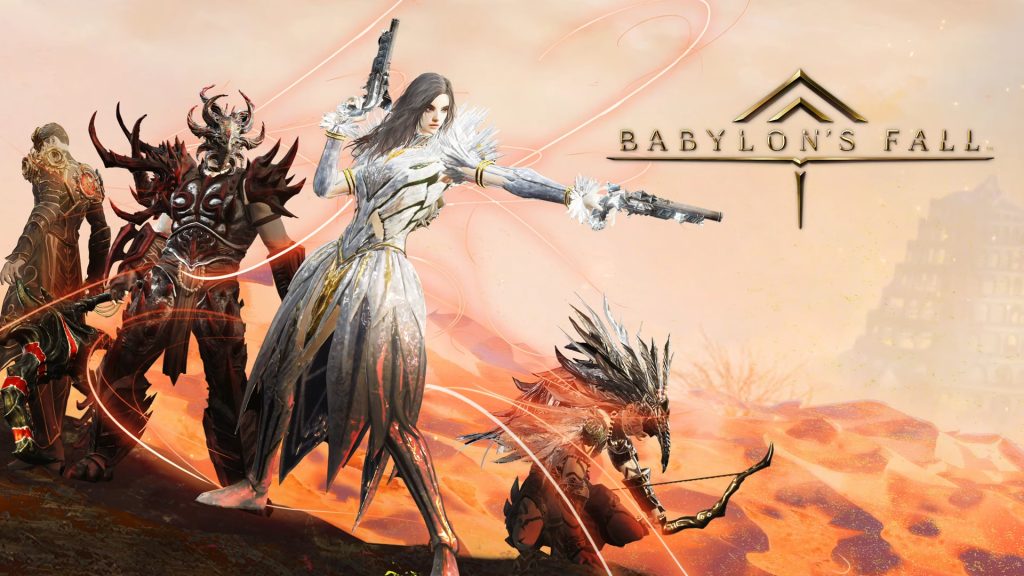 Season 2 of Babylon’s Fall is now live, introducing a new story Chapter in “The Light of Aaru.” It sees the Kuftaali faction joining the fray while the Sentinels venture to the Ziggurat and learn a “new truth.” The  new season is live until November 29th (with the developer recently announcing a three-month extension).

A new Battle Pass is also available with over 100 new rewards to unlock. These include vanity items themed around assassins. Pistols are also available as a new weapon type along with the Sun element. Throughout this season, more than 80 new quests will be available, from Skirmishes and Sieges to Duels with new foes to battle.

A new limited-time event, the Festival of the Sun, is also slated to run from July 18th to August 15th though more details are yet to be revealed. Stay tuned in the meantime and check out the roadmap below. Babylon’s Fall is currently available for PS4, PS5 and PC. 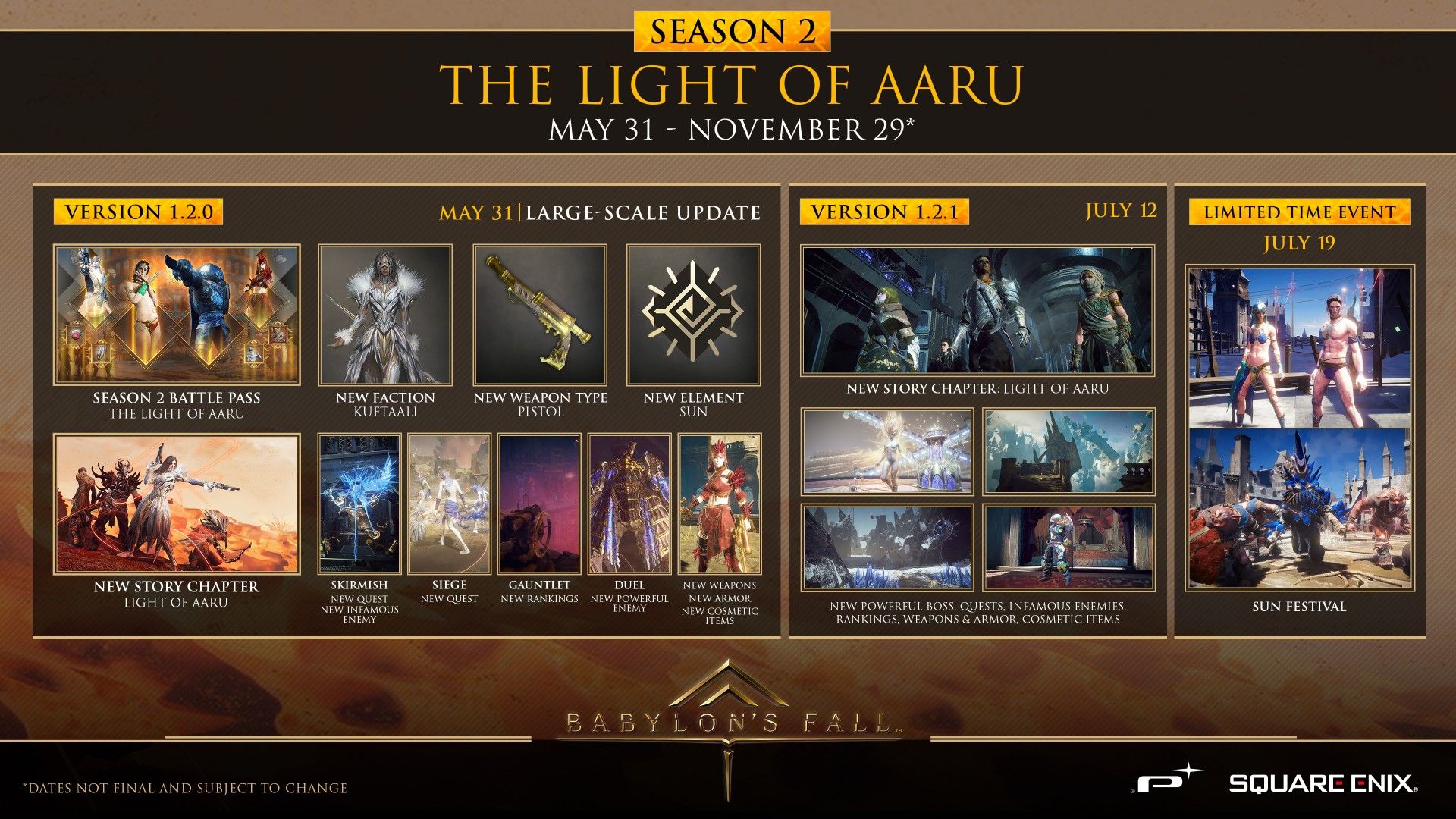