More like Babylon's Fall Under 10 Concurrent Players on Steam, am I right? 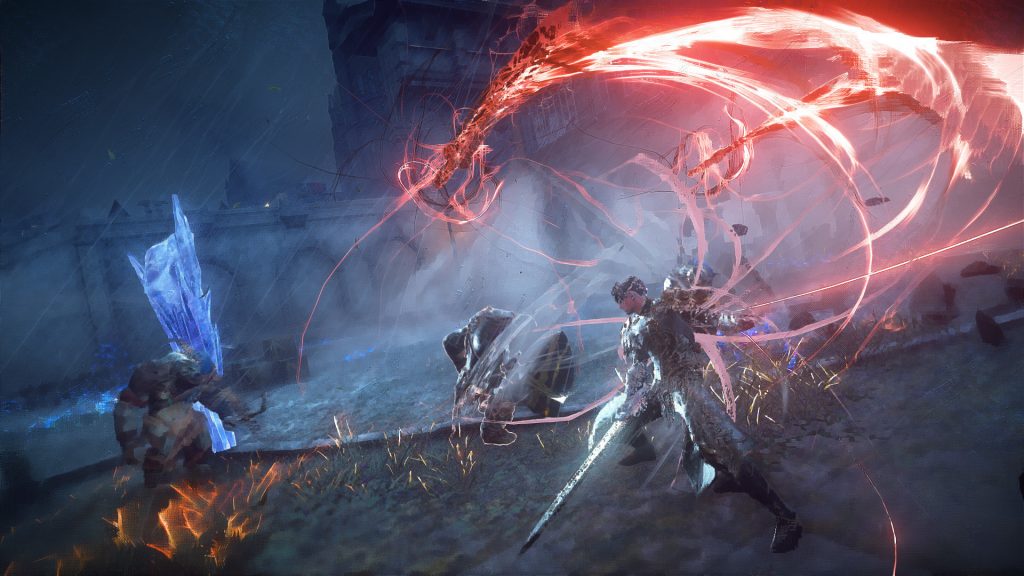 There was plenty of skepticism surrounding PlatinumGames and Square Enix’s co-op action RPG Babylon’s Fall in the lead-up to its launch, and it never really looked likely that the game would get off to an excellent start on any front. Unsurprisingly, its overwhelmingly negative critical reception was reflected in staggeringly low numbers, have a peak concurrent user count of just 650 players on Steam at launch. And things, it seems, have only gotten worse.

Babylon’s Fall’s Steam numbers have continued to drop- so much so, in fact, that recently, it that figure dropped to below double digits. As per Steam data tracking site SteamDB, at a point on April 13, Babylon’s Fall’s concurrent user count on Steam fell to as low as eight players. At the time of writing, the game has an all-time concurrent user peak of over 1,100 players, and a 24-hour peak of 120 players.

For their part, Square Enix and PlatinumGames seem committed to Babylon’s Fall at least in the short term. Shortly after its launch, Square Enix started sending out feedback surveys to players, while the company has also assured that it’s moving ahead with post-launch plans for the game. Read more on that through here.

Babylon’s Fall is available on PS5, PS4, and PC. 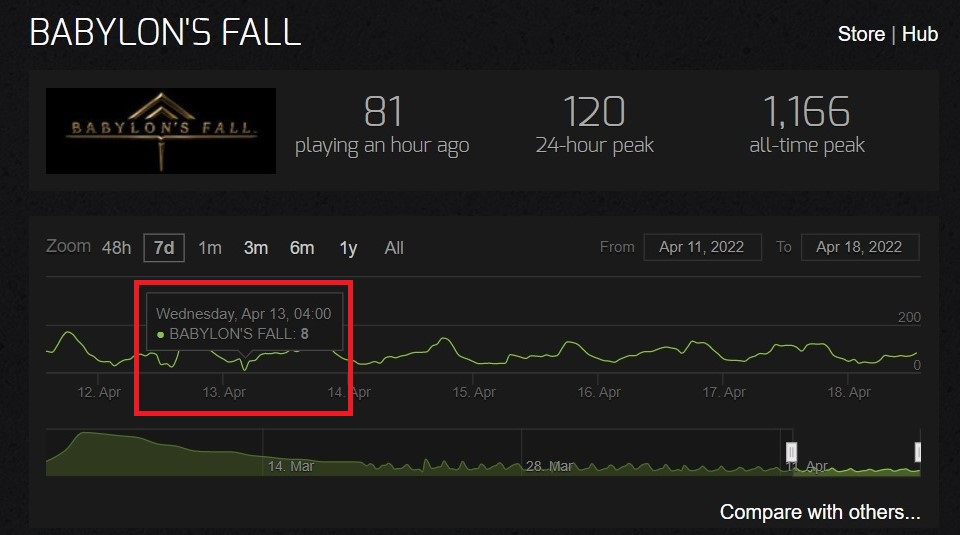