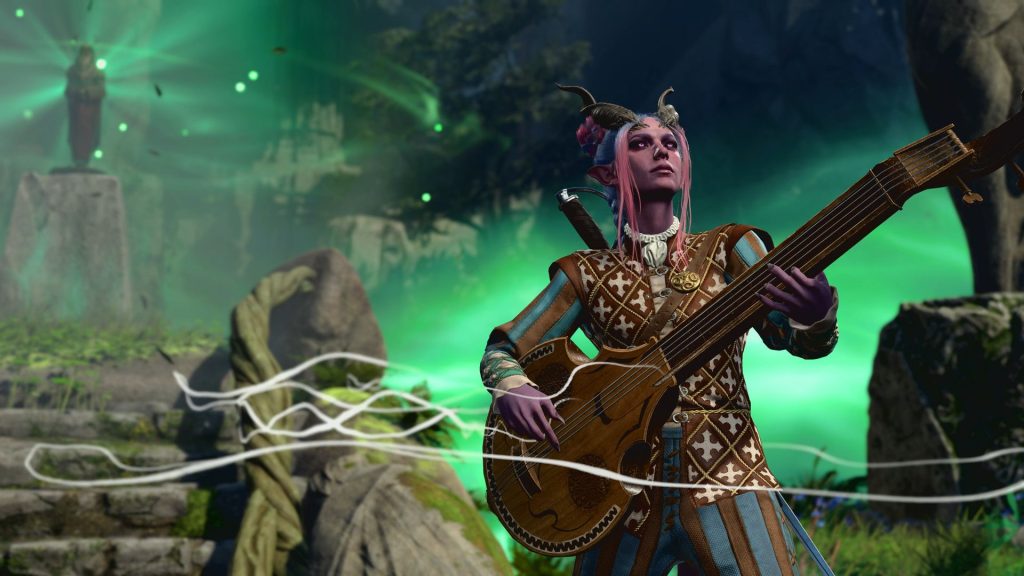 After starting with a faux competition for Bards, Larian Studios is currently hosting a new Panel from Hell from Baldur’s Gate 3. It confirmed that Patch 8 would be arriving for the early access role-playing game today, adding the new Bard class. The Gnome race also joins the fray. Check out the latest trailer below.

The Bard is a Caster that specializes in Control spells and dealing Psychic damage. One such spell is Vicious Mockery which involves insulting someone for damage, with 97 insults recorded for each voice. The Bard can choose a drum, lute, flute, lyre or violin as their starting instrument and go with College of Lore (more emphasis on spells) and College of Valor (better with armor and weapons).

As for Gnomes, they possess Dark Vision and can talk to animals. They also have saving throws on Mental abilities, making them difficult to Charm. They consist of two sub-races – Forest Gnomes (Darkvision and +1 Dexterity), Deep Gnomes (with Superior Darkvision and Stone Camouflage) and Rock Gnomes (twice the Proficiency bonus on History checks). Patch 8 also adds Expertise and adds some quality of life changes for hairstyles.

You can now equip any hairstyle across any gender and racer. Hairstyles like afros have also been improved and one can choose what color their hair greys towards (like purple). Stay tuned for more detailed patch notes later today.