Developed by Rare, the classic Nintendo 64 platformer sees Banjo and Tooie venturing to save Tooty from the evil witch Gruntilda. 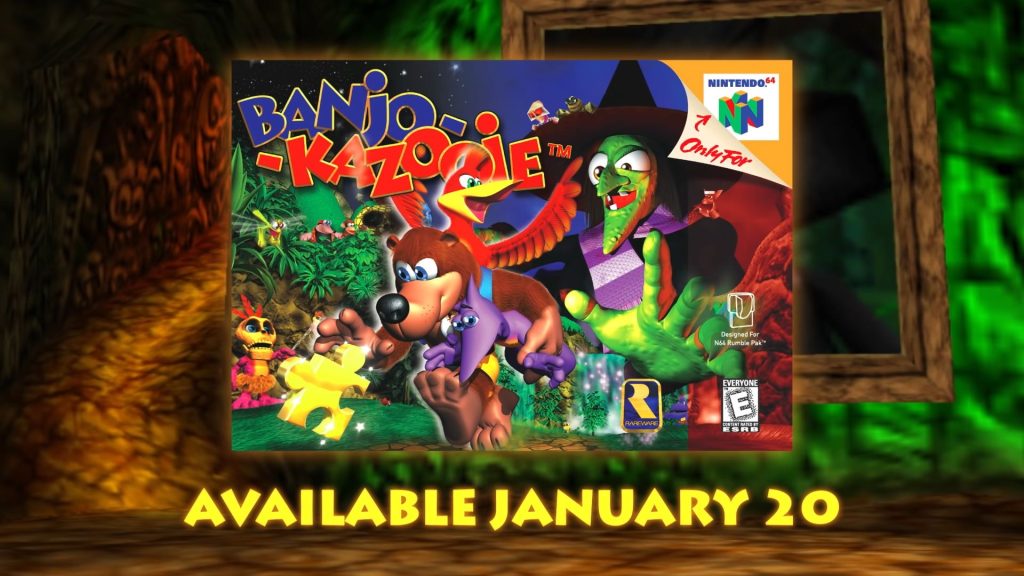 Rare’s classic 3D platformer Banjo-Kazooie has a release date for Nintendo Switch Online + Expansion Pack and it’s quite soon – tomorrow, in fact. Subscribers will have a chance to enjoy the 1998 Nintendo 64 platformer in all of its glory. To see how it looks, check out the newest trailer below.

Banjo-Kazooie sees the titular duo, Banjo and Kazooie, setting out to rescue the former’s sister Tooty after her kidnapping at the hands of Gruntilda. As a collect-athon, players gather Notes, Jiggy Pieces and Jinjos to unlock new levels, forms and abilities en route to the final battle. Known for its humor and solid platforming, Banjo-Kazooie is considered a classic and received a sequel in 2000’s Banjo-Tooie.