Did Microsoft just accidentally leak the release date for DICE’s upcoming Battlefield 4? Showcased at GDC 2013 with a 17 minute long gameplay video, we only knew that the game was confirmed for PC and the current generation of consoles. While the next generation status was in doubt, we also lacked a specific release date.

Now it seems that the official Xbox site had mistakenly leaked the same. Though the main site has since been changed, a screencap of the same is still available. 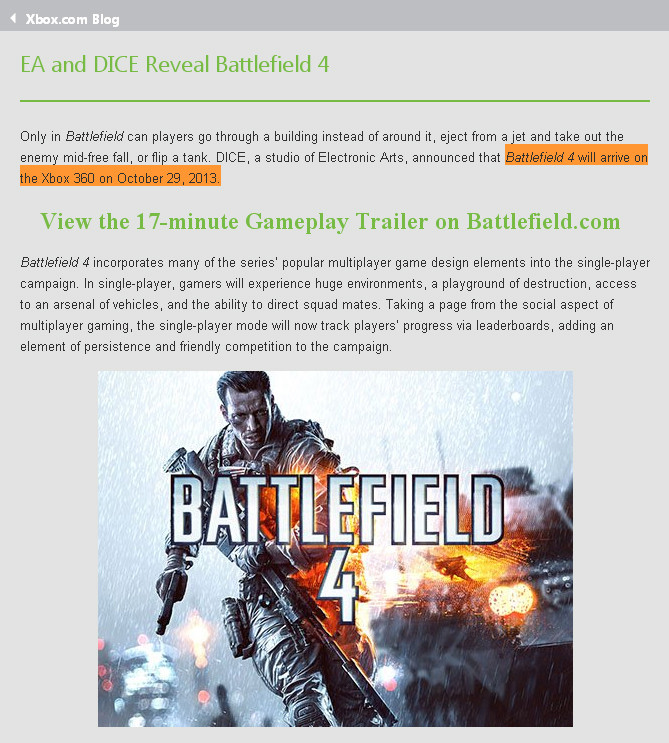 According to the same, Battlefield 4 will apparently release on Xbox 360 on October 29th 2013. We would say something to the tune of this being an April Fool’s Joke, but honestly, they would’ve left it unchanged.

October 29th is especially conspicuous because it’s the same day that Assassin’s Creed IV: Black Flag releases on Xbox 360, PS3, PC and Wii U. Playing it a little too close for comfort or just an honest mistake by Microsoft? We’ll find out soon enough.