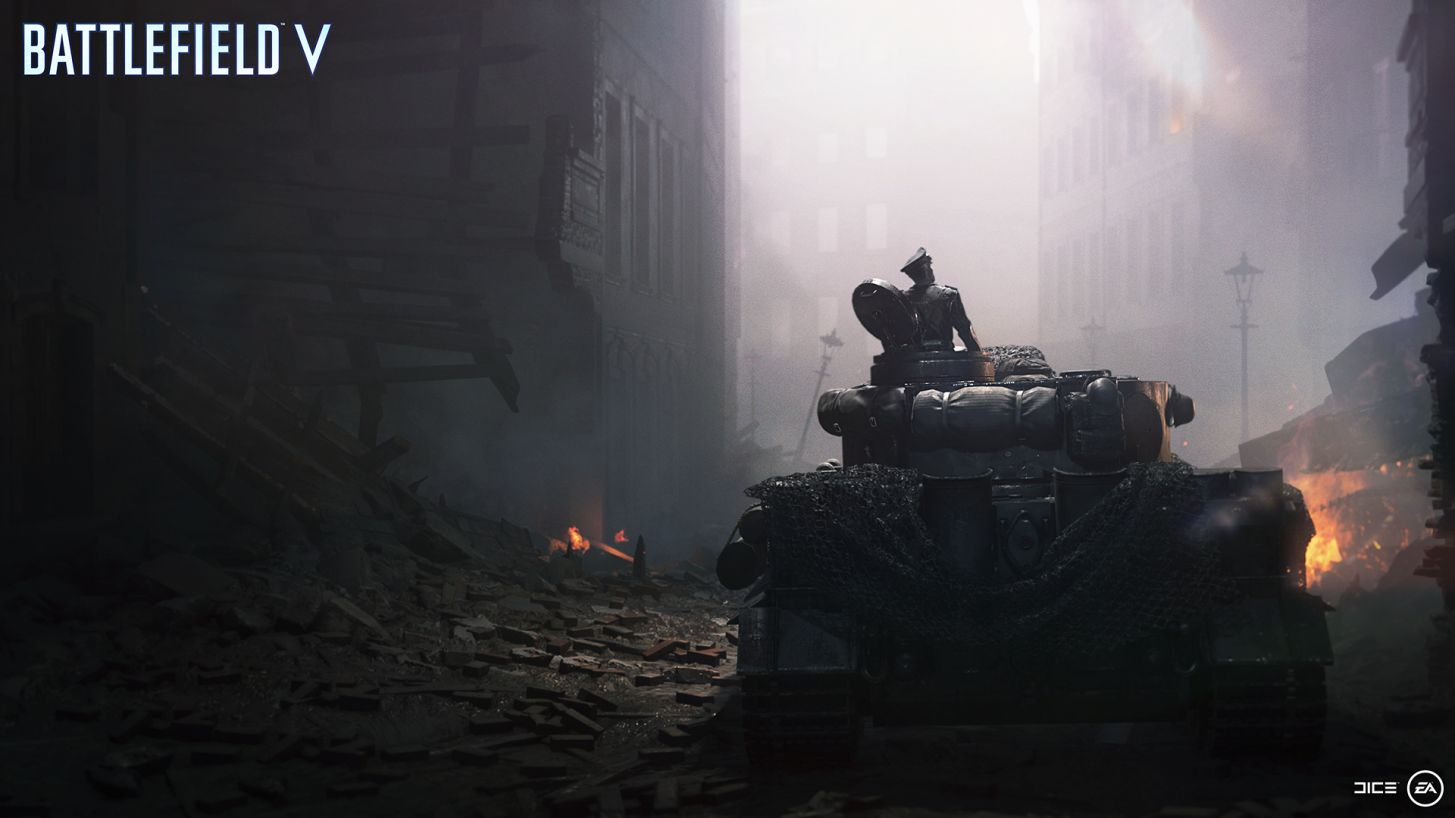 DICE has revealed its roadmap for Battlefield 5’s Tides of War, outlining new content that will be available with each new “season”. As it turns out, the developer’s take on Battle Royale, namely Firestorm, will be arriving later than we thought. To be more exact, it’s out in March 2019 with Tides of War Chapter 3: Trial by Fire.

There will be plenty of content to keep players busy till then, though. Chapter 1: Overture runs from December 2018 to January 2019 and includes The Last Tiger War Story, Practice Range, cosmetics for vehicles, and the tank-focused Panzerstorm map. Chapter 2: Lightning Strikes takes place from January to March 2019 and introduces Combined Arms. This mode sees you fighting with up to three friends against enemy AI in co-op Combat Strike missions. Two new modes – a modified Rush and Squad Conquest – will also be available.

Chapter 3: Trial by Fire is out in March 2019 and brings Firestorm, along with a new map set in Greece. Each chapter will have different weekly events to earn different rewards. As the chapter progresses, more rewards will become available. DICE also promises that information on “new locations, new weapons, new vehicles” following Chapter 3 will be coming in due time.

Battlefield 5 is out on November 20th for Xbox One, PS4 and PC. 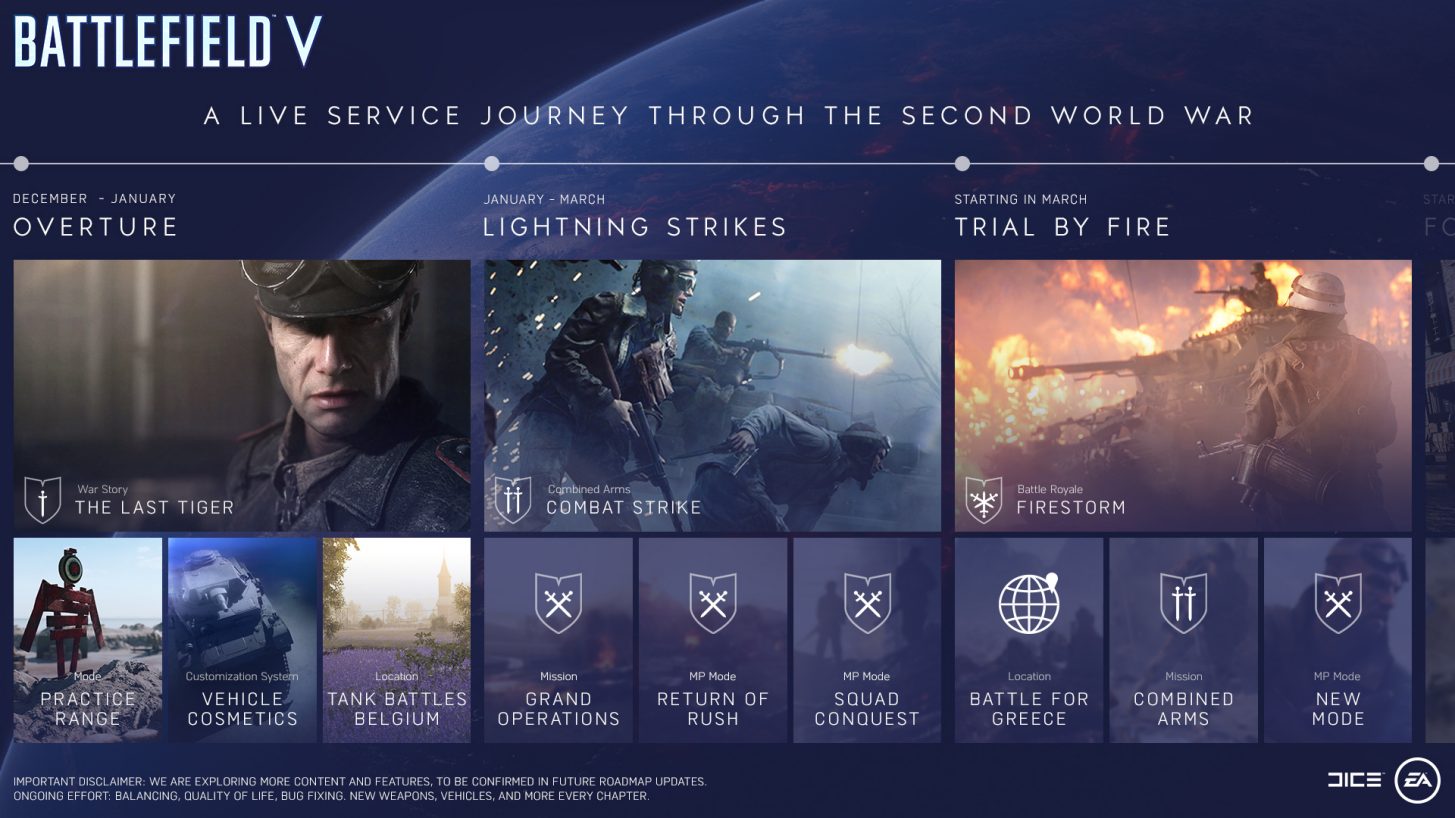