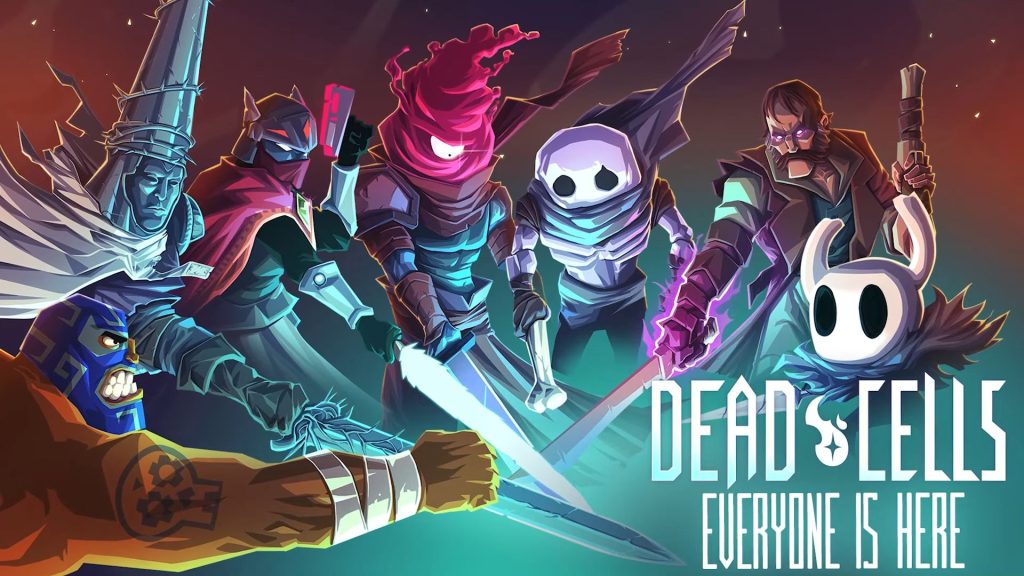 Despite being over three years old at this point, Motion Twin’s Dead Cells continues to receive support. Its 26th update “Everyone is Here!” may just be its craziest yet – it adds skins and weapons to mimic protagonists from titles like Hollow Knight, Guacamelee, Blasphemous, Hyper Light Drifter, Skul the Hero Slayer and Curse of the Dead Gods. Check it all out below.

The update will start players with a book of riddles with challenges that must be completed for the outfits. Lore rooms must also be discovered to find the weapons themselves. While Hollow Knight’s hero doesn’t quite make an appearance, you can obtain the Pure Nail to attack up and down along with bouncing on enemies while attacking downwards (which inflicts critical damage).

The Drifter gets their energy sword and Hyper Light Gun – fire the latter to mark targets and use the former to deal critical damage. More marks on a target equals more damage. As for The Penitent One, using the Face Flask will deal self damage and convert 35 percent missing health into recovery. Juan from Guacamelee can use Pollo Power to transform into a chicken that lobs explosive eggs around him at enemies.

Skul has a bone club for slaying foes with a whirlwind attack as its secondary that deals critical damage. Finally, the explorer from Curse of the Dead Gods brings his trusty machete and pistol – the first two attacks use the machete while the third unleashes the firearm to deal critical damage. Holding the attack button charges up a stronger ranged attack which is slower.

The update is currently live on PC and will come to consoles and Mac later. Check out the rest of the patch notes below.