The asynchronous multiplayer won't require a subscription to Sony's service.

Kojima Productions’ Death Stranding has gone gold, which means principle development has wrapped en route to the game’s release. While there’s still a lot we don’t know about the game, including its asynchronous multiplayer, one thing is for sure. According to an official shot of the Limited PS4 Pro bundle on GAME UK, Death Stranding won’t require PlayStation Plus. Check the image below, courtesy of MP1st.

This means that you won’t have to pay extra to access its online features. It seemed a given especially since players don’t necessarily interact with each other. You could come across bridges and ropes left behind by other players. Supplies and safe houses can also be shared and you might even find another player’s footsteps while exploring.

Unless something like dedicated co-op or PvP is added later, you can enjoy Death Stranding without subscribing to Sony’s online service. The game is out on November 8th for PlayStation 4. Stay tuned for more details in the meantime including a possible launch trailer. 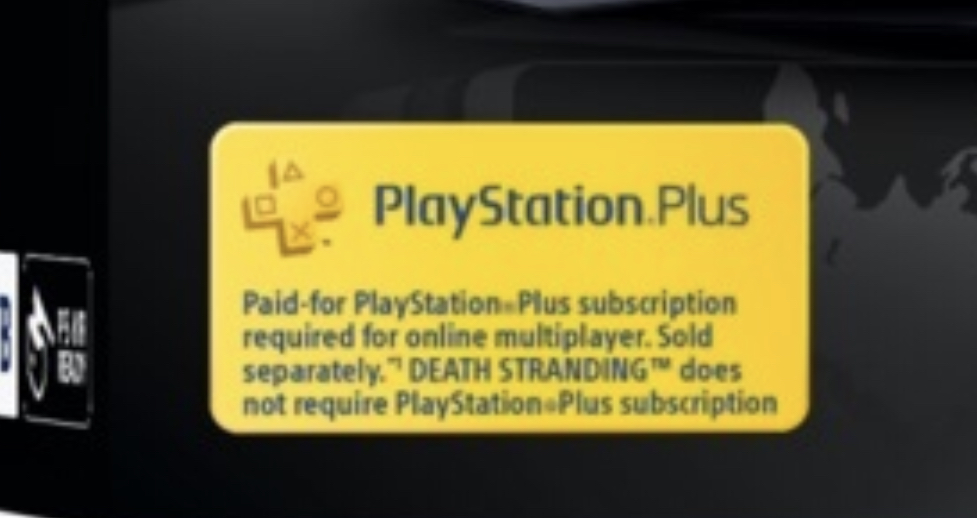