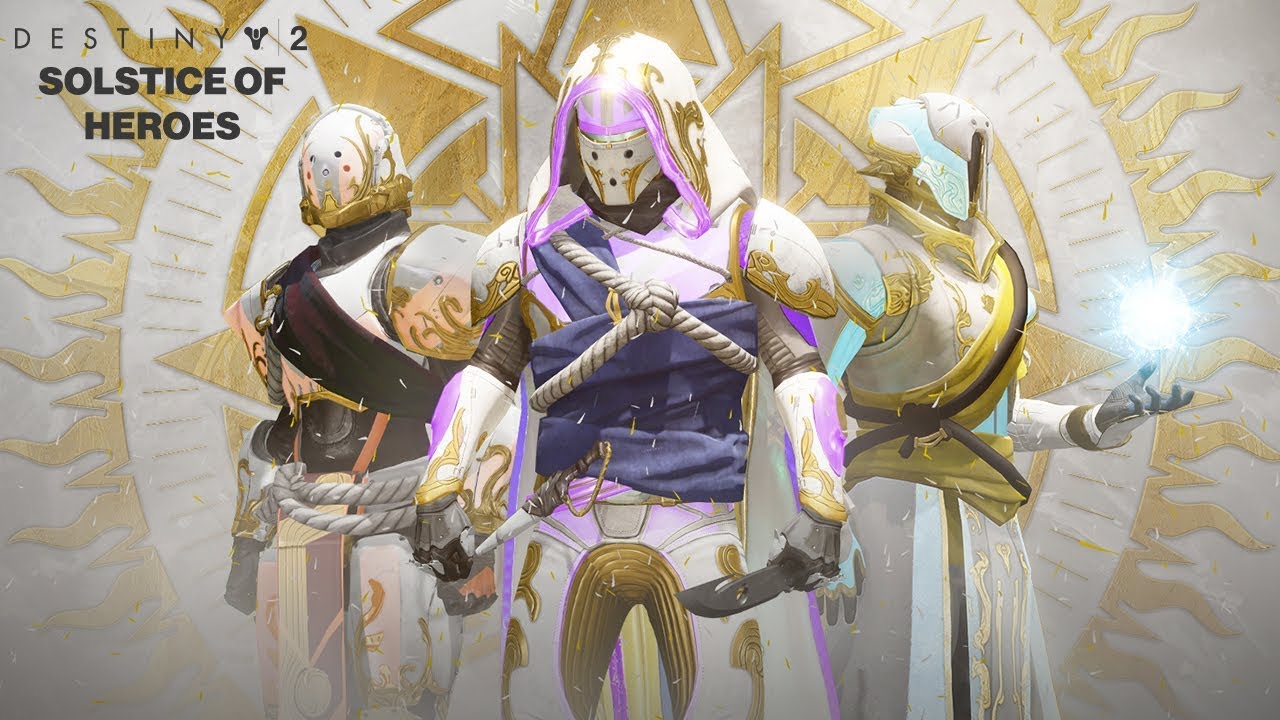 Bungie’s latest event for Destiny 2, the Solstice of Heroes, is now live as of 10 AM PDT, July 31st. Hotfix 1.2.3.1 also sought to fix two issues – the Fabled Guardian Triumph not unlocking at the right Valor rank, and error code WEASEL popping up when quickly collecting/storing items into the Vault.

As for Solstice of Heroes, it provides players with the starting armour in the campaign to effectively power up to 400 Power. To do this, you play through remixed versions of campaign missions, like Homecoming and Spark, collecting Elemental Orbs along the way. The armour will change as different requirements are met and you can eventually unlock some spiffy gold and white gear (with glowing highlights that can be added later).

Overall, for stuff to grind until Forsaken releases on September 4th, this isn’t too bad. The story missions are also suitably different, like Spark having multiplying Servitors every time one dies. Weapon slot changes and additional Vault space will be coming on August 28th as well, so there’s plenty to look forward to.