So that’s certainly a bummer. The next Deus Ex title lacks something that is almost certainly a critical element for most games these days, one that might go on to set it aback quite substantially.

And yet such is the case. Square Enix Montreal have gone on to confirm that Deus Ex Human Revolution will indeed lack any kind of multiplayer mode. For the three people who are interested in Natal, they’ve also clarified that the game will lack Natal support as well. No mention was made of the PS Move, though the fact that the original interview appeared in The Official Xbox Magazine might have something to do with that. 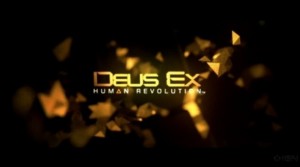 Deus Ex Human Revolution launches later this year for the PS3, Xbox 360 and the PC.