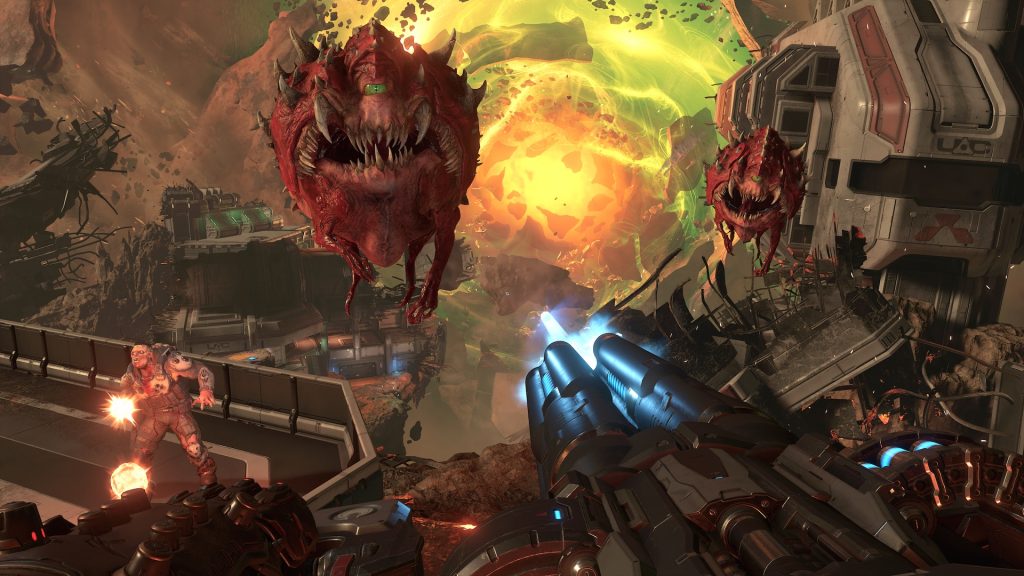 id Software’s long-awaited Horde Mode for DOOM Eternal finally has a release date. It’s out on October 26th as part of Update 6.66, which also includes BattleMode 2.0 (with a new arena and streak-based rewards) and two new Master Levels. Check out the teaser trailer to see it briefly in action.

Along with waves of familiar foes, from the Cyberdemon to the Marauder, players can collect different power-ups. One such power-up activates the Gold Score Multiplier and the top right of the screen displays the player’s high score. id Software’s Hugo Martin and Joshua Boyle will offer more details on Bethesda’s Twitch and YouTube channels at 7:30 PM ET so stay tuned in the meantime.

DOOM Eternal is currently available for Xbox One, Xbox Series X/S, PS4, PS5, PC, Google Stadia and Nintendo Switch. It’s received two expansion, The Ancient Gods – Part 1 and Part 2, since release. Check out our review for the base game here.