The ripping and tearing will seemingly continue after the base campaign.

We finally know when the Doom Slayer will return with DOOM Eternal. Announced yesterday at Bethesda’s press conference, the frantic shooter will be with us this November with the promise of ripping, tearing, and a lot of dead demons. Something else it’s promising on the lowkey? Apparently, some campaign DLC.

Along with the game came the announcement of a pretty fun looking Collector’s Edition with a wearable helmet modeled on the Doom Slayer’s own headgear. Tucked away in that announcement, however, was the mention of a “Year 1 Pass” that will be available with the Deluxe Edition of the game (the DE will come inside the Collector’s Edition, as well as being purchasable separately). You can see both below.

It specifically mentions two pieces campaign DLC, so whatever post-release content there will be won’t be restricted to multiplayer like the previous 2016 title. Year 1 Pass is an interesting term, too. Ubisoft has used that a lot in their GaaS-based games like For Honor and Rainbow Six Siege, implying an ongoing process of DLC. We’ll just have to wait and see what we’re in for, but for now, DOOM Eternal launches November 22nd for PlayStation 4, Xbox One, Switch, PC, and Stadia. 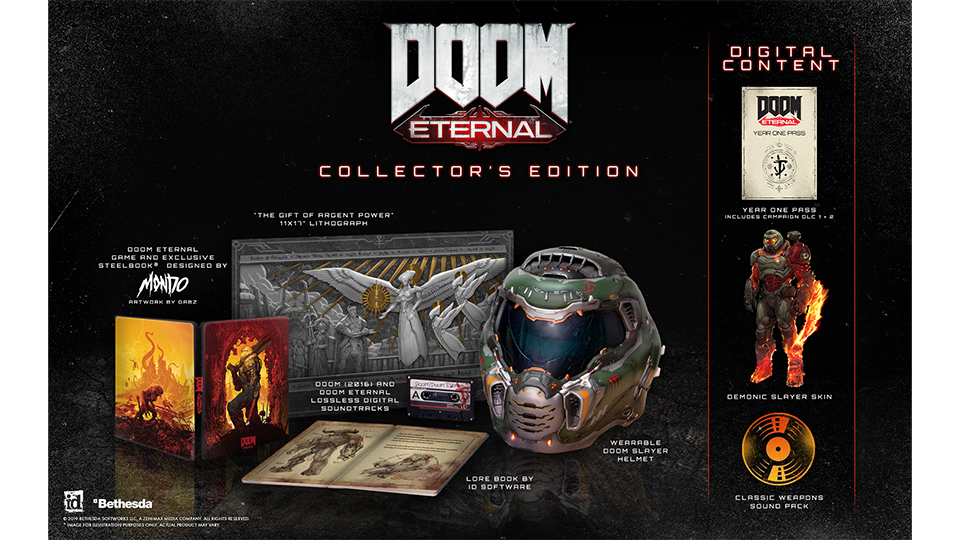 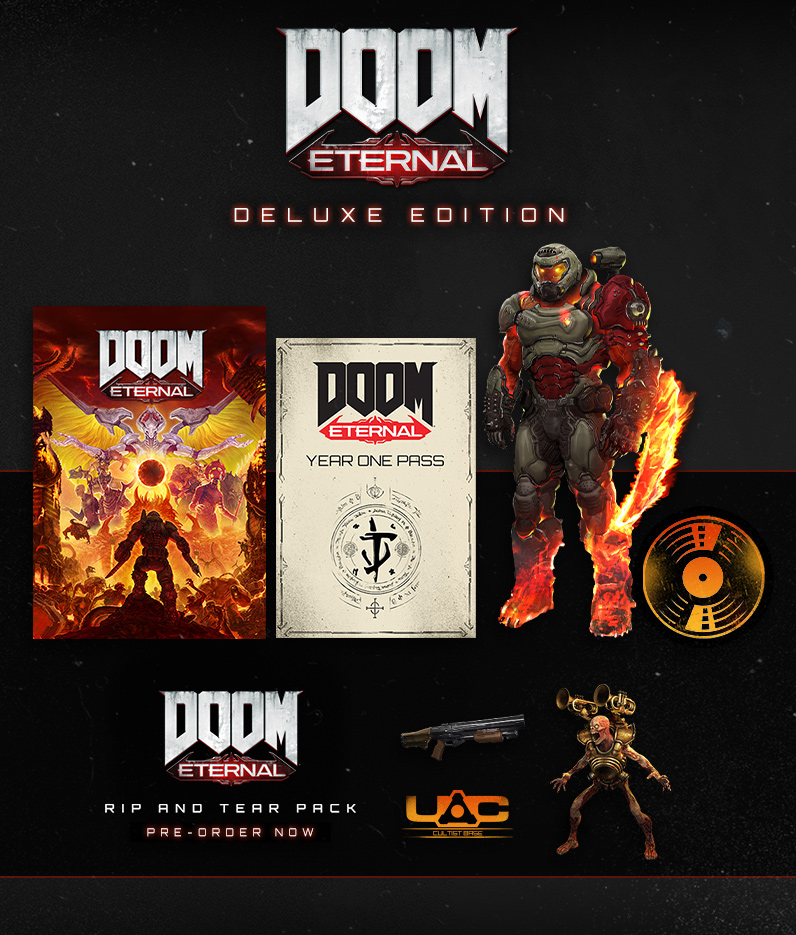