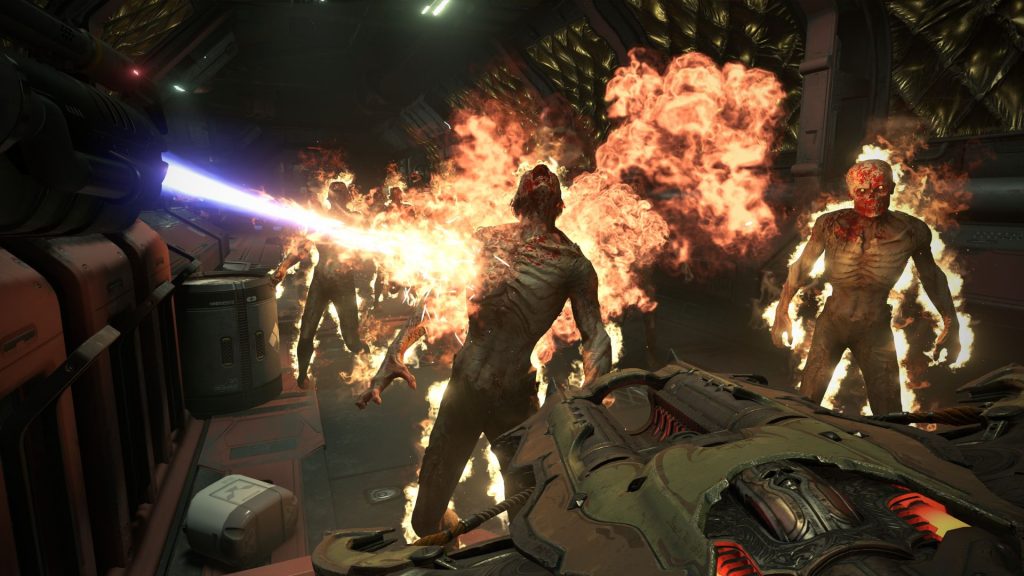 id Software confirmed recently that DOOM Eternal would be targeting leveraging the added capabilities of the PS4 pro and the Xbox One X to target higher resolutions and frame rates- on the Nintendo Switch, though, they confirmed that it was going to run the same as last year’s port of the 2016 title. Which, of course, amounts to 30 frames per second.

In case you were worried that the lower frame rate would hamper the experience in any way, or that any part of it is being sacrificed to accommodate the Switch’s capabilities, don’t be. Marty Stratton, the executive producer for the game, noted that even though the original DOOM ran at 30 FPS on the Switch, it didn’t sacrifice the experience in any way, and it’s fair to assume that the same logic applies for this sequel as well.

Speaking to Eurogamer, Stratton stated, “We don’t run at 60 on Switch. Doom 2016 didn’t run at 60 on Switch, it ran at 30, and really it was no sacrifice to the experience.” The game will run at 60 fps on all other platform, though, and regarding this, Stratton said, “That’s always the goal. The engine has an interesting way of flexing. It flexes around 60 fps. Sometimes game engines flex around other metrics but for us we try to set the line at always trying to maintain 60.”

id Software will, once again, be working with Panic Button, who’ve proven themselves to be quite adept at handling Switch ports- they also handled DOOM 2016 for the system. The difference this time, though, is that while the previous game was ported over to the Switch, DOOM Eternal is being made with the Switch in mind already. “We’re actually working with Panic Button again,” Stratton said, “but before, we made the game and then we brought it to Switch, and now we are making the game with Switch in mind. It’s nice to know the platforms we want to hit up front.”

Of course, some people will swear by running games only at 60 FPS, which is understandable, but I think it’s great that Switch owners get to play the game in the first place, and that too on a handheld device. DOOM on the Switch was in many ways inferior to the game’s PS4, Xbox One, and PC versions, but it was still surprisingly good, after all. DOOM Eternal is set to release for the PC, PS4, Xbox One, and Nintendo Switch at some point in 2019.