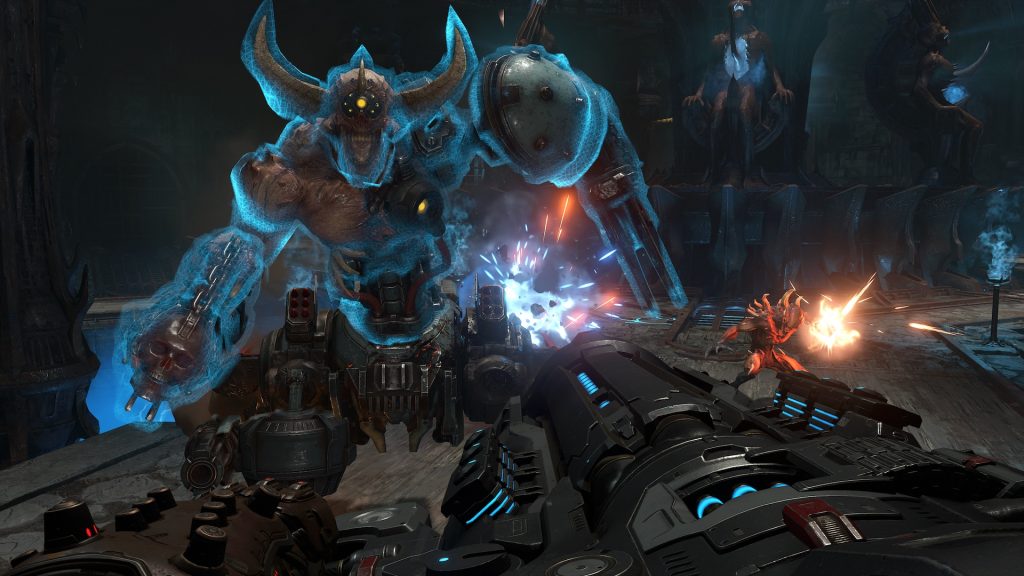 Fans of id Software’s DOOM Eternal on consoles can finally rip and tear in glorious 4K/60 FPS. The shooter’s latest update, which adds support for Xbox Series X/S and PS5, is finally live. It offers three modes – Performance, Balanced and Ray Tracing – while bringing ray tracing support to PC. Check out the trailer below to see it in action.

The Xbox Series X and PS5 are both capable of running the game at 120 FPS in Performance Mode, though the former offers an 1800p resolution while the latter is at 1584p. Everything else is pretty much similar though from 2160p/60 FPS on Balanced to 1800p/60 FPS with ray tracing. Xbox Series S players won’t get ray tracing though – only 1080p/120 FPS and 1440/60 FPS modes are available.

PC players need to have a ray tracing-compatible GPU to enable the same. All of the modes use dynamic resolution scaling though so it should be interesting to see how the best PC hardware measures up to Xbox Series X and PS5 in terms of resolution and frame rate performance. DOOM Eternal is also available for Xbox One, PS4 and Nintendo Switch along with Xbox Game Pass.