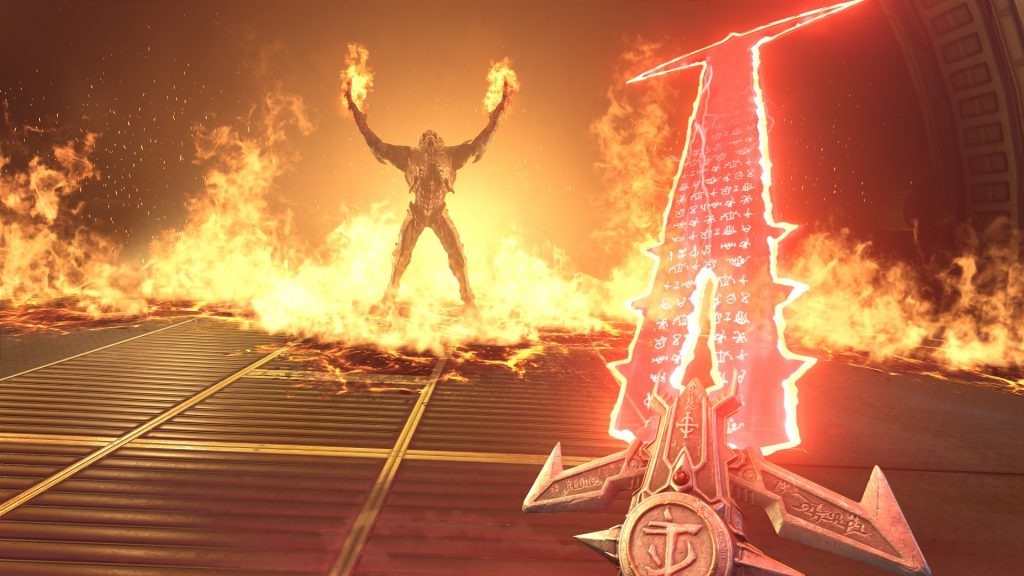 DOOM Eternal received some excellent post-launch support from id Software over the course of many months following its March 2020 launch, and though the bulk of that arrived in the form of its two-parter single player standalone expansion The Ancient Gods, additional content arrived in other ways as well. Last October, the brutal shooter added a horde mode and updated its multiplayer BATTLEMODE as part of a free update- though at the time, the game’s Switch version was left out.

That is no longer the case. id Software recently took to Twitter via the official DOOM page to confirm that the appropriately designated update 6.66 has gone live for DOOM Eternal on the Nintendo Switch, finally bringing the Horde Mode and BATTLEMODE 2.0 to players on the platform. On top of that, the update also adds two new Arenas, new cosmetics to unlock, a playable Dread Knight, and three new Master Levels with Mars Core, Taras Nabad, and The World Spear.

DOOM Eternal is available on PS5, Xbox Series X/S, PS4, Xbox One, Nintendo Switch, PC, and Stadia. As for what id Software is working on next- the studio recently put out job listings in a bid to recruit a combat designer with “in-depth knowledge of DOOM“– take from that what you will.

Update 6.66 is now available as a free update for DOOM Eternal on Nintendo Switch!