The community goal was too high for players to reach. As a result, the new Bauble Mace is free to claim until February 12th. 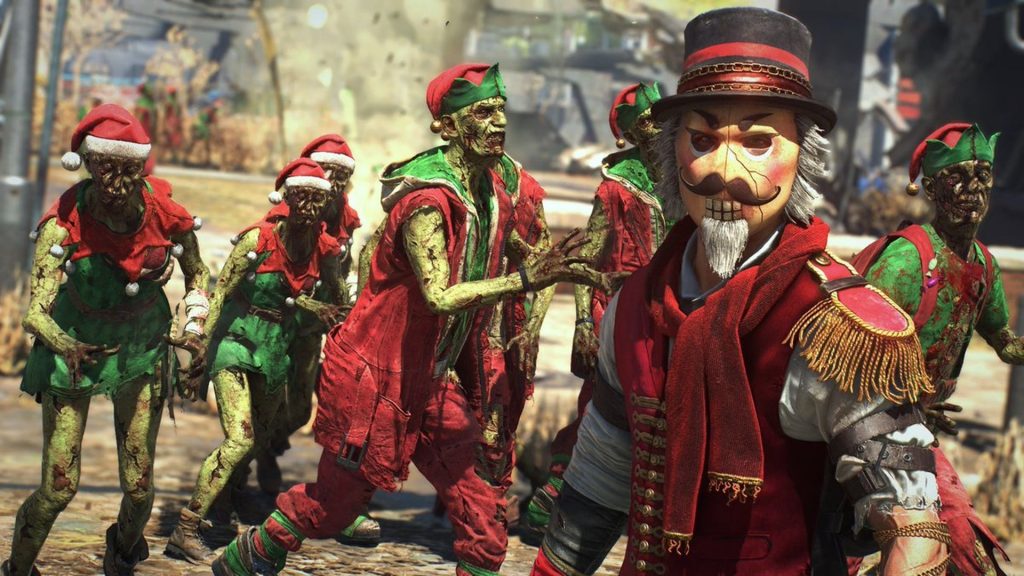 Techland’s latest event in Dying Light 2 Stay Human, Winter Tales, wrapped up yesterday with its cold-themed infected, free cosmetics and return of Baka. Unfortunately, the community goal that challenged players to gather six million presents was set too high (and this was after buffing the number looted from enemies). As a result, players had no chance of earning the free Bauble Mace weapon.

The development team acknowledged this on Twitter and apologized. “We will pay more attention to numbers for the events in the future and listen to the community’s requests regarding this.” It announced that all players would receive the Bauble Mace for free as compensation. One must claim it by February 12th, though.

Dying Light 2 Stay Human is available for Xbox One, Xbox Series X/S, PS4, PS5, and PC. Check out our review here for more details. The first paid DLC, Bloody Ties, launched on November 10th and added a new story, arena-style battles, and more. A cloud version of the base game was supposed to release on Nintendo Switch last year, but there have been no updates. Stay tuned for more updates in the coming months.

The current goal for “Winter Tales” was too high, and we want to apologize for it.

We will pay more attention to numbers for the events in the future and listen to the Community’s requests regarding this.

Thanks for your feedback, and see you at the next event!

To compensate for the inconvenience, Bauble Mace will be free to claim by everyone later today (available until February 12th). https://t.co/orhxHH27Iw