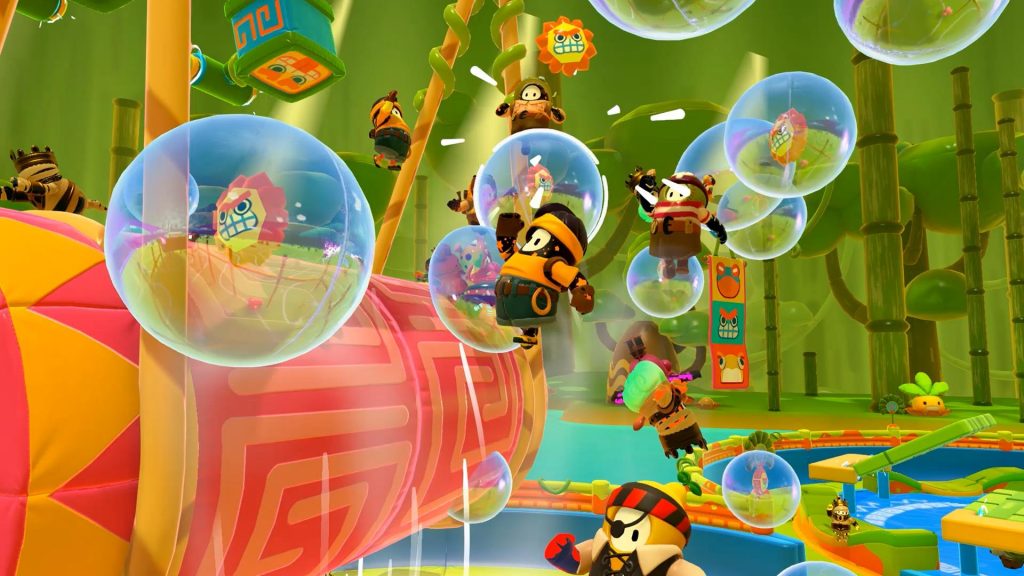 Fall Guys will be going through some huge changes soon. Developer Mediatonic recently announced that the game will be going free-to-play in June, which will bring a cavalcade of changes when it comes to the game’s progression as well. Looking a bit further forward into the future though, there are other significant features in the works for the game as well.

During its recent stream where the aforementioned announcements were made, Mediatonic also announced that it’s working on a map editor for Fall Guys. Not many details were shared, but some brief footage (which you can view in the timestamped video below) shows various tools and options.

Players will be able to fiddle around with things such as swinging axes, blizzard fans, floating canons, decorative objects like blimps, swinging clubs, and various parameters that will define the behaviour of all of these and more. It also seems like players will have to finish the levels they’ve created before being able to upload them, similar to something like Super Mario Maker.

There’s no word on when the stage builder will release. Mediatonic has only said it’s currently “under construction”, but we can probably assume we’ll be waiting for it a while longer. At any rate, it won’t be aligned with the game’s free-to-play launch.

Fall Guys is available on PC and PS4. It will launch for Switch, Xbox, and PS5 on June 21. It will also leave Steam and launch for Epic Games Store on the same day. You can read more about the game’s target frame rates and resolutions on Xbox consoles through here.