Bethesda Game Studios are known for creating huge open sandboxes that house literally hundreds of hours’ worth of activities. When they announced at E3 that Fallout 76’s map (which recently received some new details) would be four times as large as the one in Fallout 4, we knew in an abstract sense that it would be pretty damn huge- but now we can see it for ourselves.

GameSpot recently put up an article where they revealed the full map of the game, and though it doesn’t label any of the locations it shows, it does give us a very good idea of the size, the topography, and some of the landmarks we’ll be visiting in the game- of which, it’s pretty clear, there’s going to be plenty.

This is far from the only interesting piece of info we’ve received on Fallout 76 today. Thanks to a recent round of hands-on impressions and previews, not only did we get to see a bunch of gameplay, as Bethesda’s Pete Hines recently promised, but new details were also released on things like in-game airborne diseases, and how VATS will work in the game. Be sure to read about them through the links.

Fallout 76 launches on November 14 for the PS4, Xbox One, and PC, with its beta going live later this month. 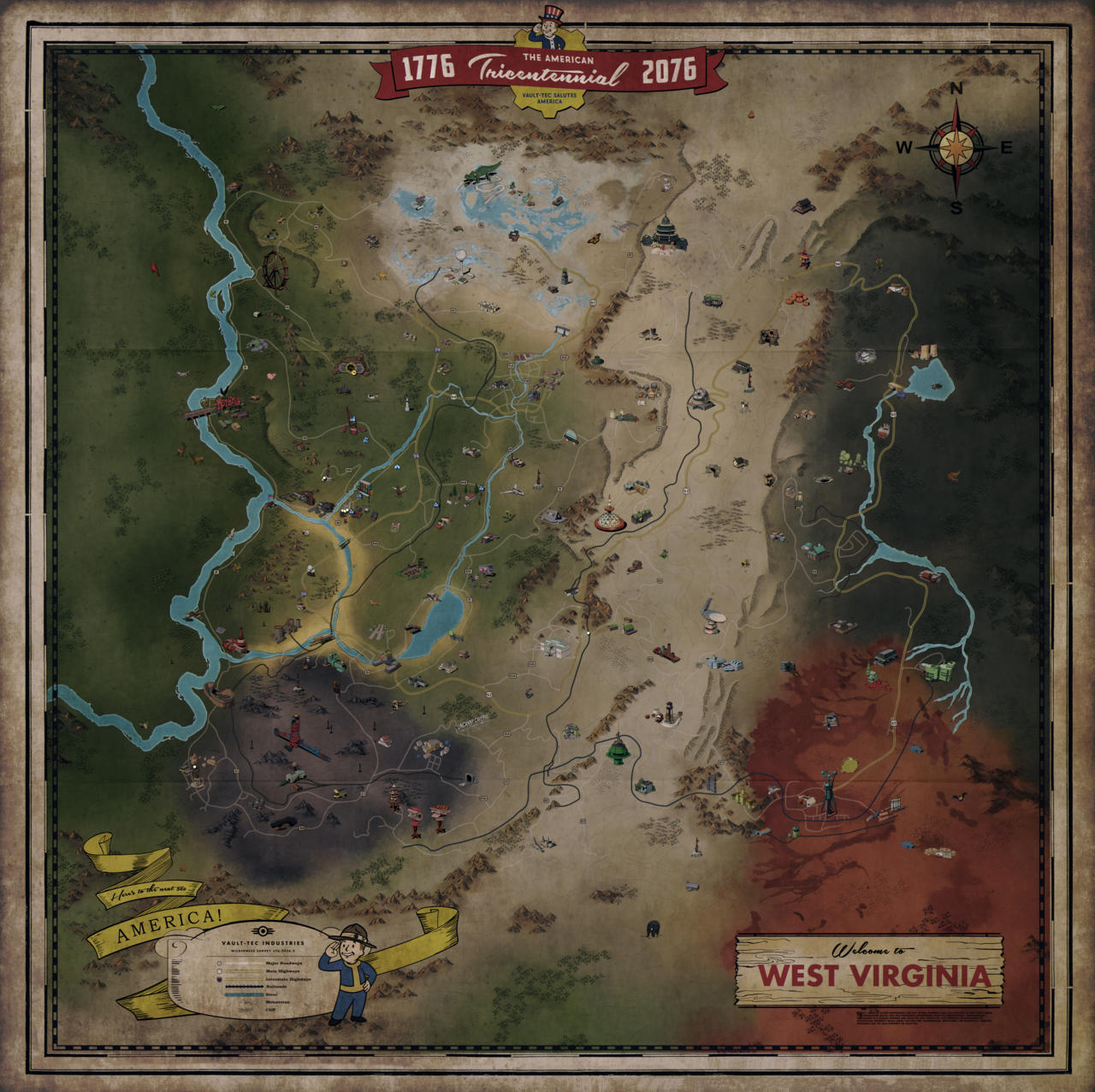