Naoki Yoshida says that the development team spent "over half a year using what free time they had" to add male Viera and female Hrothgar. 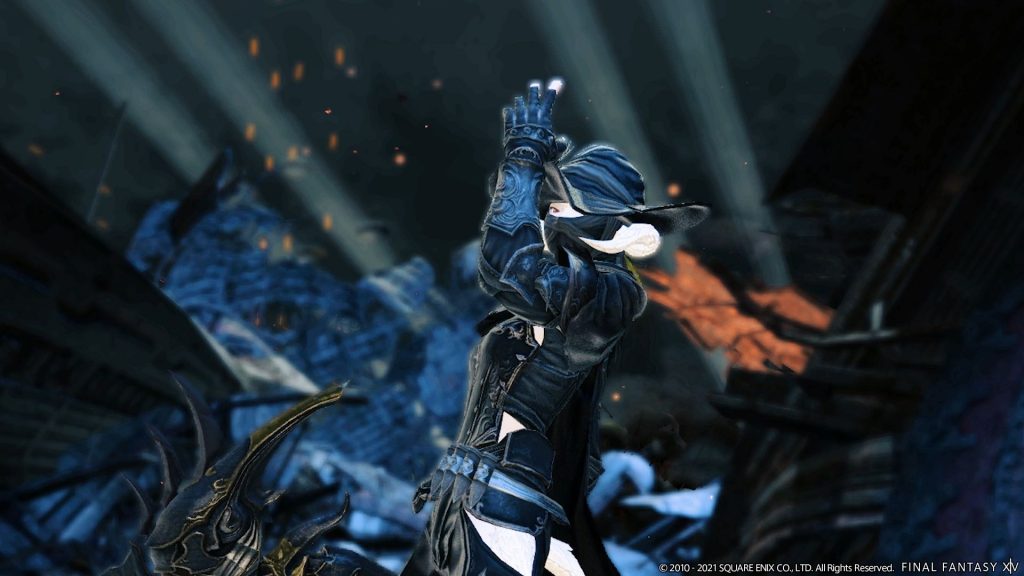 Final Fantasy 14, Square Enix’s successful MMO, will be seeing the end of an era with the release of Endwalker this year. It concludes the story that’s been building since A Realm Reborn launched, providing some kind of closure for Hydaelyn and Zodiark. However, the expansion also offers several new beginnings for players to partake. One is the new Reaper Job, which allows for attacking with a giant scythe and a voidsent avatar.

Speaking to PlayStation Blog, producer/director Naoki Yoshida said that the idea behind the Job was “to utilize not only the player’s own aether, but to combine it with a different source of aether to fight in battle. It was from there that we came up with the idea of a grim reaper from the scythe aspect, and from there it was a fairly straightforward process to settle on the reaper’s current form. A scythe and the grim reaper. It’s unexpectedly straightforward.”

The Reaper differs from other DPS Jobs thanks to the voidsent avatar which allows the player to utilize stronger attacks. Another big new addition in the expansion is the addition of male Viera with female Hrothgar coming after the release of update 7.0. Yoshida notes that, “There was a large amount of feedback asking to implement the Viera from Final Fantasy 12, and in addition, I wanted to implement a race that is more beast-like. If [Shadowbringers] was going to be the last time we added playable races, I decided to implement two races within the means of our bandwidth, despite only having one gender of each race. One of the biggest reasons I moved forward with this decision is because there were no male Viera in Final Fantasy 12, either.”

“However, there was a significant amount of people around the world asking for male Viera and female Hrothgar – which was expected of course – but I was going to follow through with my stance of not adding any more playable races. At the same time, our graphics staff on the development team wanted to explore all options to see what they could do to figure out a way to somehow realize this request from the players.”

The result is the development team utilizing whatever free time they had in between patches for half a year to “consider ways to add another playable race. From this they concluded that we could probably squeeze in just one more at this time. Of course, by adding male Viera now, we anticipated people may be vocal about the absence of female Hrothgar and want to know what the situation was. Rather than waiting until (hypothetically) 7.0 to add two playable races at the same time, we realized we could actually ease the impact on our resources if we implemented these one at a time. Ultimately, I decided we should then move forward with implementing one playable race at a time, and I will make sure to explain that to our players: that’s what we did for this upcoming expansion.”

Yoshida said that the decision derives from wanting players to “enjoy our game even more at the very core. The development team loves our players, so when male Viera are actually implemented, we would love for you to have a smile on your faces when you play as one, and if you could say a quick ‘Thank you!’ to the Graphics team, I’m sure they’ll be very happy. If you can do that, I think it would also serve as motivation for our developers to continue working hard.”

Final Fantasy 14: Endwalker will release on November 23rd for PS4, PS5 and PC. Along with the Reaper Job, it will also be adding the Sage as a new Healer Job, new locations like Labyrinthos, Mare Lamentorum and Old Sharlayan, and much more. There will also be more story and cutscenes than the previous expansion.