Update: Rathalos will arrive in Final Fantasy 14 on August 7th. 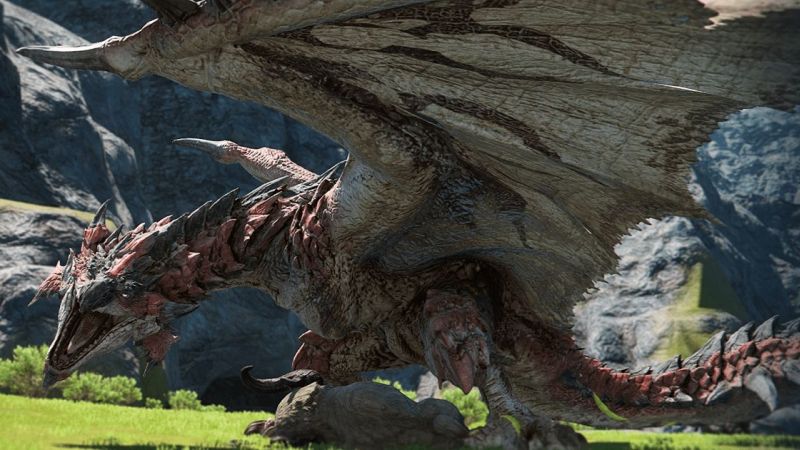 Update: Square Enix has confirmed that Rathalos will be arriving in Final Fantasy 14: A Realm Reborn on August 7th.

Final Fantasy 14 producer and director Naoki Yoshida along with Monster Hunter World executive director Kaname Fujioka and art director Tokuda Yuuda were on hand to talk about the collaboration. Rathalos will have two modes – Normal and Extreme. The former will involve eight players but Extreme Mode is closer to the Monster Hunter experience. Only four players are involved with auto-raise and three carts.

Players will have ten potions with healing magic disabled or significantly reduced. Forget about aggro as well – Rathalos will attack anyone he wants. In terms of rewards, players can expect Rathalos-style gear, Poogie and Palicon Companion Pets/Minions, a Rathalos Mount that plays Monster Hunter music when flying, and a BBQ Spit Housing Furnishing Item.

There’s still no release date for the collaboration, but it’s still due “this Summer”. Check out the gameplay trailer for yourself below.