The opera scene has been enhanced with improved visuals and vocals in seven different languages including English, Japanese, Korean and more. 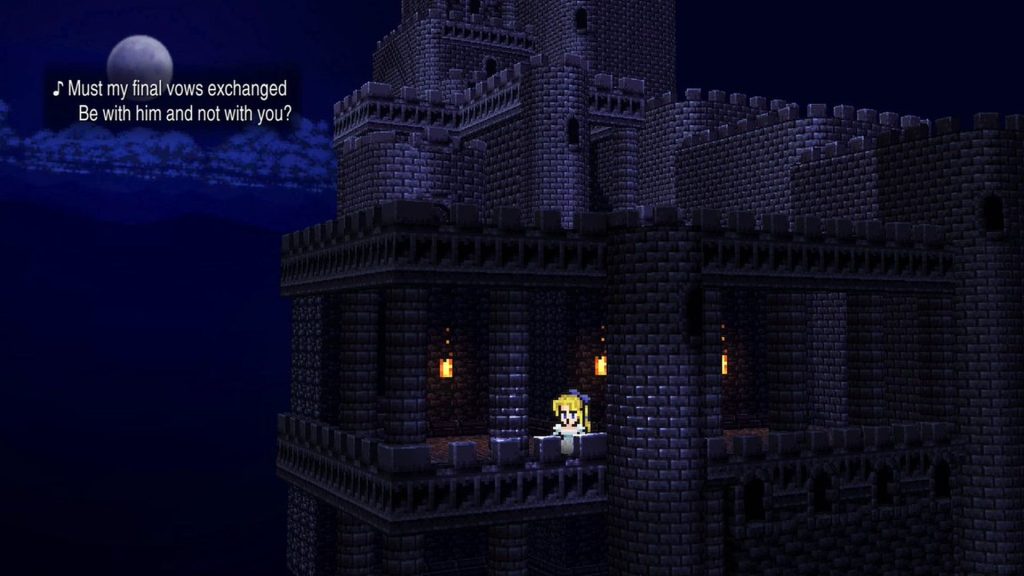 The last title in Square Enix’s Final Fantasy Pixel Remaster is out tomorrow with Final Fantasy 6 Pixel Remaster. Like other games in the series, it features updated visuals, a modern UI, auto-battle options, and other quality of life improvements. You can see that in the latest promotional video trailer below.

However, the official Final Fantasy Twitter highlighted some other improvements made to the game’s famous opera scene. Along with the enhanced graphics, the vocals are now available in seven different languages. So fans can look forward to hearing the song in English, French, Italian, Spanish, Korean, Japanese, and German.

Final Fantasy 6 Pixel Remaster will be available for iOS, Android and PC tomorrow. Pre-purchasing it on Steam provides a 20 percent discount along with bonuses like five music tracks (including four timelapse remixes that see the original songs transitioning into the new arrangements). There’s still no word yet on the collection’s launch on other platforms so stay tuned.

When the curtains rise on Final Fantasy VI pixel remaster you’ll be able to experience the iconic opera scene with vocals in 7 languages including English, French, Italian, German & Spanish.