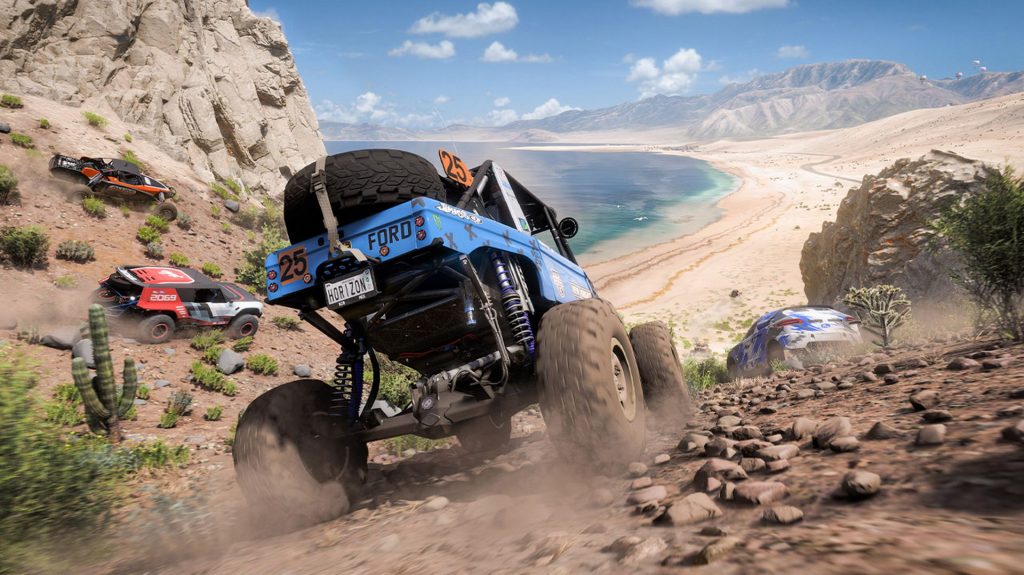 It’s been rumored for a while but actually seeing Forza Horizon 5 revealed in all of its glory was still a treat. Playground Games’ long-running series ventures to Mexico this time around and while it looks to be the “biggest Horizon ever”, the developer is keen on changing things up. One way is how weather is presented – though it retains Forza Horizon 4’s philosophy, there are improvements.

Speaking to IGN, creative director Mike Brown said, “Mexico has, I would say, a more interesting seasonality compared to the UK. I think the UK, certainly for those people who live in a temperate climate, has really pronounced spring, summer, autumn, winter. Mexico, being a country that has huge elevation changes and obviously quite a large country, has different seasonality in different regions, which we’ve tried to recreate as accurately as possible.”

So while rain in Edinburgh may also be present everywhere else in Forza Horizon 4, Forza Horizon 5 will have different weather conditions in different areas. That means snow and blizzards on top of the game’s volcano while the cost is super hot. “It’s still four seasons – you’ll still see that seasonality change – but it affects the different biomes in different ways. You get dust storms in the dry season, you get tropical storms in storm season, which is autumn. So there’s these big, massive weather events that can occur as well based on which season you’re in. Both of those are just really dynamic; they have a really great impact on the driving experience,” said Brown.

It’s also thanks to the Xbox Series X/S that the developer could do a lot in the above scenarios “with volumetric lighting, loads of great VFX systems, and loads of debris and stuff flying around. I think 10 years ago a sandstorm would just be an orange filter on the screen. But now it’s a genuine, in-world 3D effect that the light can properly play through; that you can see little bits of scenery popping in and out as that 3D dust moves through the scene. Similarly for the tropical storm, there’s just so much atmosphere and mist in the scene. It just creates a really visceral experience.”

“Diversity” is also a prime goal for the racing title. Players can expect diversity in the cars, gameplay and driving experiences. As Brown notes, “It’s a world full of things to see and do,” but also “the most fun and accessible and inclusive Horizon ever.”

In terms of returning modes, players can expect The Eliminator along with Super 7 (introduced recently in Forza Horizon 4) which is now part of the new Events Lab. The Lab is described as an “incredible new toolset that allows you to create your own races, game modes, and gameplay experiences. You customize everything, right down to the fundamental rules of the game.”

Forza Horizon 5 releases on November 9th for Xbox Series X/S, Xbox One and PC along with launching day one on Xbox Game Pass.