Gears of War games always boast of a brilliant single player campaign and, if not completely balanced, a very enjoyable multiplayer experience. Game modes have always been a strength in Gears games, and they’re not there just for the heck of it either. Beast and Horde mode have to be the two best, most engaging modes I’ve played in a long time, and I want Epic to keep delivering similar content in future Gears game, especially Gears 4. We want to see more Horde, more Beast, and more such modes that are not only a hell lot of fun, but unlike anything we’ve ever seen before them. 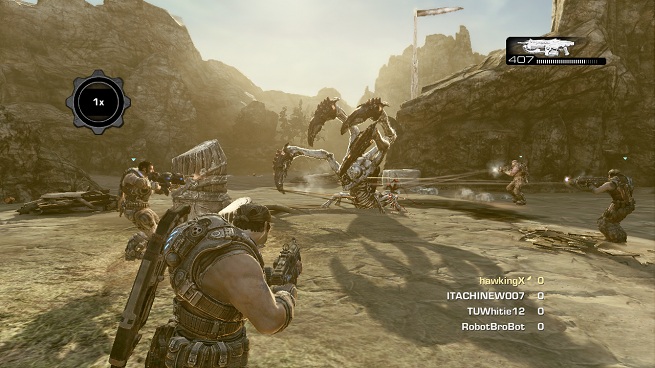 At its time, Gears of War was console graphics king, and there are several people who’d call Gears of War 3 the same right now. And while Gears 2 doesn’t have that high a distinction, everyone knows it to be a very good looking game. My point is, Gears of War games have always looked awesome, with some great artistic style and technical aspects that can blow most of the competition out of the water. I expect Gears of War 4 to be nothing less in this respect. I’m not asking for the game to be the next Crysis or something. I just want it to have more of the same technical and artistic prowess that Gears games have always had.

Those in the United States can start playing at 12 AM ET/12 AM PT while those in the UK can access it today fr...

"This is our opportunity to fight to compete on the largest platform out there in gaming, which is mobile devi...

Codemasters and EA's upcoming racer isn't going to demand a particularly beefy rig, for those planning on play...

However, Call of Duty: Vanguard finished the year on top with the franchise being the best-selling in dollar s...

Though the PS5 tied with the Switch in dollar sales, the latter was the clear leader in hardware unit and doll...