The Head of the Kamisato Clan has arrived in today's new update. As a five star character, he uses Hydro skills and quick sword strikes. 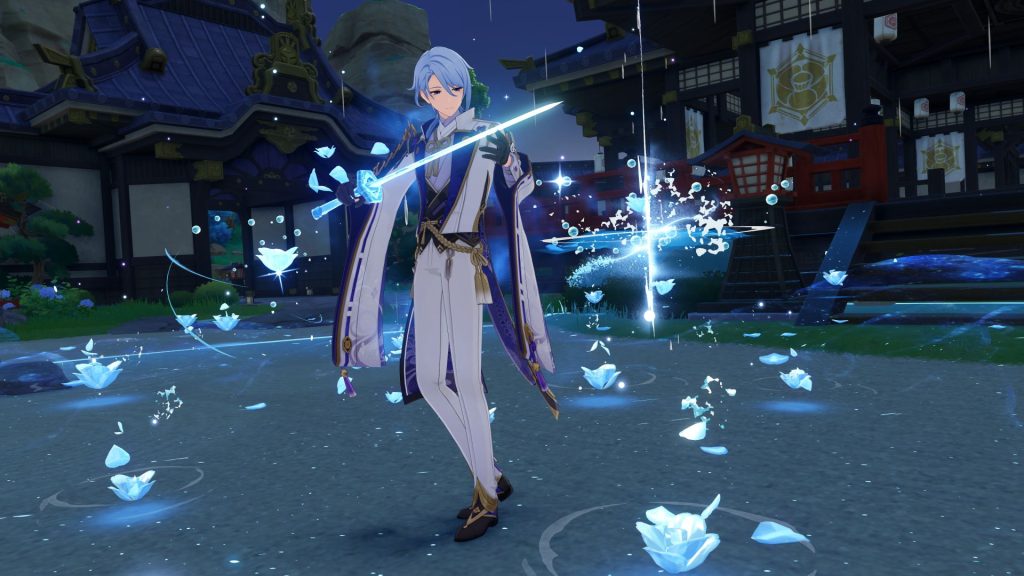 Genshin Impact’s Version 2.6 update, “Zephyr of the Violet Garden”, is live today. Along with new content and features, it adds a new character – Kamisato Ayato, Head of the Kamisato Clan and Ayaka’s older brother. While his skills were previously showcased, the latest Collective Miscellany trailer details his skills and passives.

Ayato’s normal combo performs five quick strikes while his Charged Attack dashes forward for an Iai strike. His Elemental Skill is “Kamisato Art: Kyouka” which creates a water illusion (that explodes when enemies get close) along with shifting him into Takimeguri Kanka. The latter involves hitting foes quickly and dealing AoE Hydro damage, generating the Namisen effect to increase damage based on his max HP.

“Kamisato Art: Suiyuu” is Ayato’s Elemental Burst and unleashes a radius of raining water blades. Along with dealing Hydro damage, it also increases the Normal Attack damage for other characters inside. Stay tuned for more details on Version 2.6’s patch notes.

Genshin Impact is available for PS4, PS5, PC, iOS and Android. Check out our review for the PS5 version here.