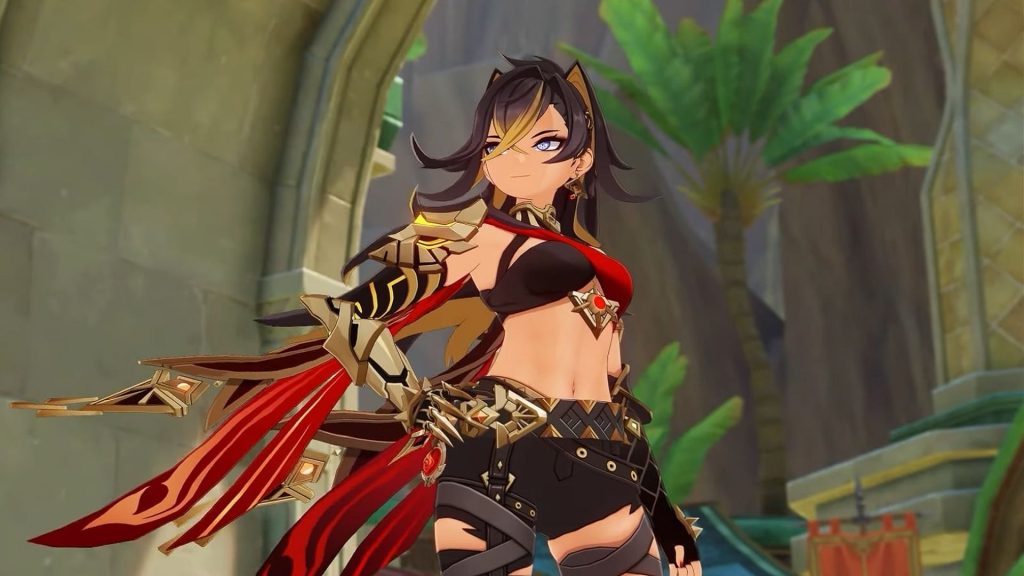 The road to Sumeru, the latest region in miHoYo’s Genshin Impact, continues. A new video sees the development team talking more about the region’s various people and cultures. Check it out below.

Sumeru considers itself a nation that treasures wisdom, to the point that it’s a resource (managed through the Akasha system bestowed by the Dendro Archon). Many of its people, primarily adults, can’t dream but this is a source of pride for their rationality and wisdom. Nevertheless, there are other forces at work, such as the Eremites, a faction of mercenaries descended from an ancient civilization that resided in the desert.

As such, they have their wisdom and strength to rely on. In terms of wildlife, Sumeru’s forests are prime real estate for the Shroom-Kin and they’ve even evolved into a new species – Fungi. The highest Fungi forms are territorial and aggressive, taking on a more animalistic nature. There are plenty of other animals to encounter and players will also come across a few “wonderful creatures.”

Finally, the developer talks a bit about the new characters – Tighnari, a Forest Watcher who’s also a researcher; Alhaitham from the Akademiya; Dehya, a Desertfolk who’s also an Eremite mercenary; and Nilou, who pursued arts and dance instead of wisdom in Sumeru. There’s also the mysterious Nahida who looks very Archon-like if you know what we mean.

A release date for Sumeru hasn’t been announced so stay tuned for more details in the coming weeks. Genshin Impact is playable on PS4, iOS, Android, and PC.