Lisa's new outfit appears to be a callback to her Sumeru Akademiya days. Ayaka's outfit is seemingly based on Fontaine, the Hydro Archon's city. 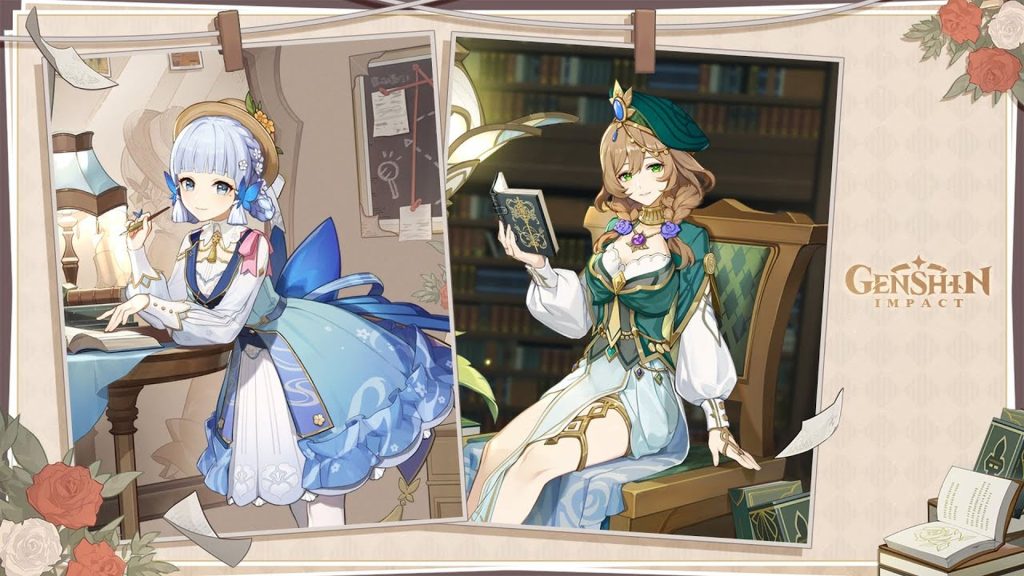 HoYoverse recently announced the next update for free-to-play action RPG Genshin Impact with Version 3.4, “The Exquisite Night Chimes,” which goes live next week. In addition to two new characters, Alhaitham and Yaoyao, and the Desert of Hadramaveth area, it also seems to bring two new outfits for Lisa and Ayaka Kamisato. Check them out below.

The theme of this iteration of Teyvat Style is “Flowers Between Pages,” which is seen in the flower motifs for both outfits. Lisa’s outfit appears to be a callback to her time as a scholar for the Sumeru Akademiya before she settled down in Mondstadt with the Knights of Favonius. Ayaka’s outfit is based on Fontaine, a city-state that reveres Focalors, the Hydro Archon.

It could hint at Ayaka becoming involved in a future storyline when the region is introduced. Version 3.4 is available on January 18th, but there should be trailers showcasing the individual kits and abilities of the new characters, so stay tuned for further updates.