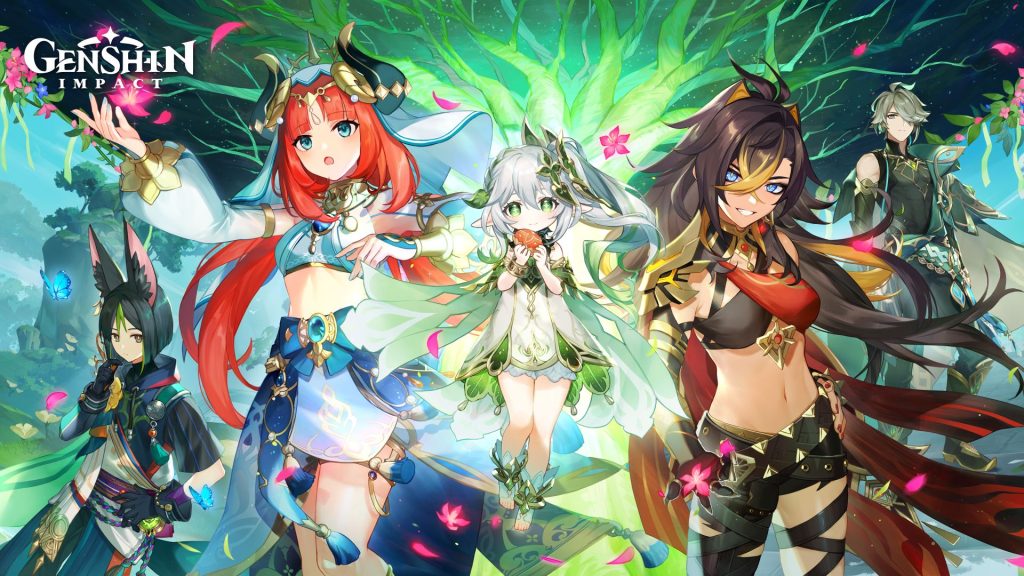 HoYoverse (better known as miHoYo Games) has confirmed that Genshin Impact’s massive Version 3.0 update will go live on August 24th for PS4, PC, iOS and Android. It adds a massive new region in Sumeru with its rain forests and desert, not to mention Sumeru City and Port Ormos. The Dendro element is also being added with new reactions – Burning (with Pyro), Bloom (with Hydro) and Catalyze (with Electro).

Dendro enemies also have unique reactions depending on the elements they interact with, which can lead to different drops and effects. New bosses like the Jadeplume Terrorshroom and the Electro Regisvine are also available to fight. In terms of new characters, Dendro archers Tighnari (5-star) and Collei (4-star) can be recruited. Completing the main seasonal event “Graven Innocence” allows for netting Collei for free.

Dori also joins the roster and is a 4-star Electro support character that uses a Claymore. Other mechanics include new tools like Boon of the Elder Tree for farming, Ultra-Hot Burner Lamp Test Model for cooking and the Fishing Line Stabilizer for fishing. For more details, check out the videos below and stay tuned for more details on each character’s abilities.