The raid will arrive "in the weeks following" the launch of Legends. 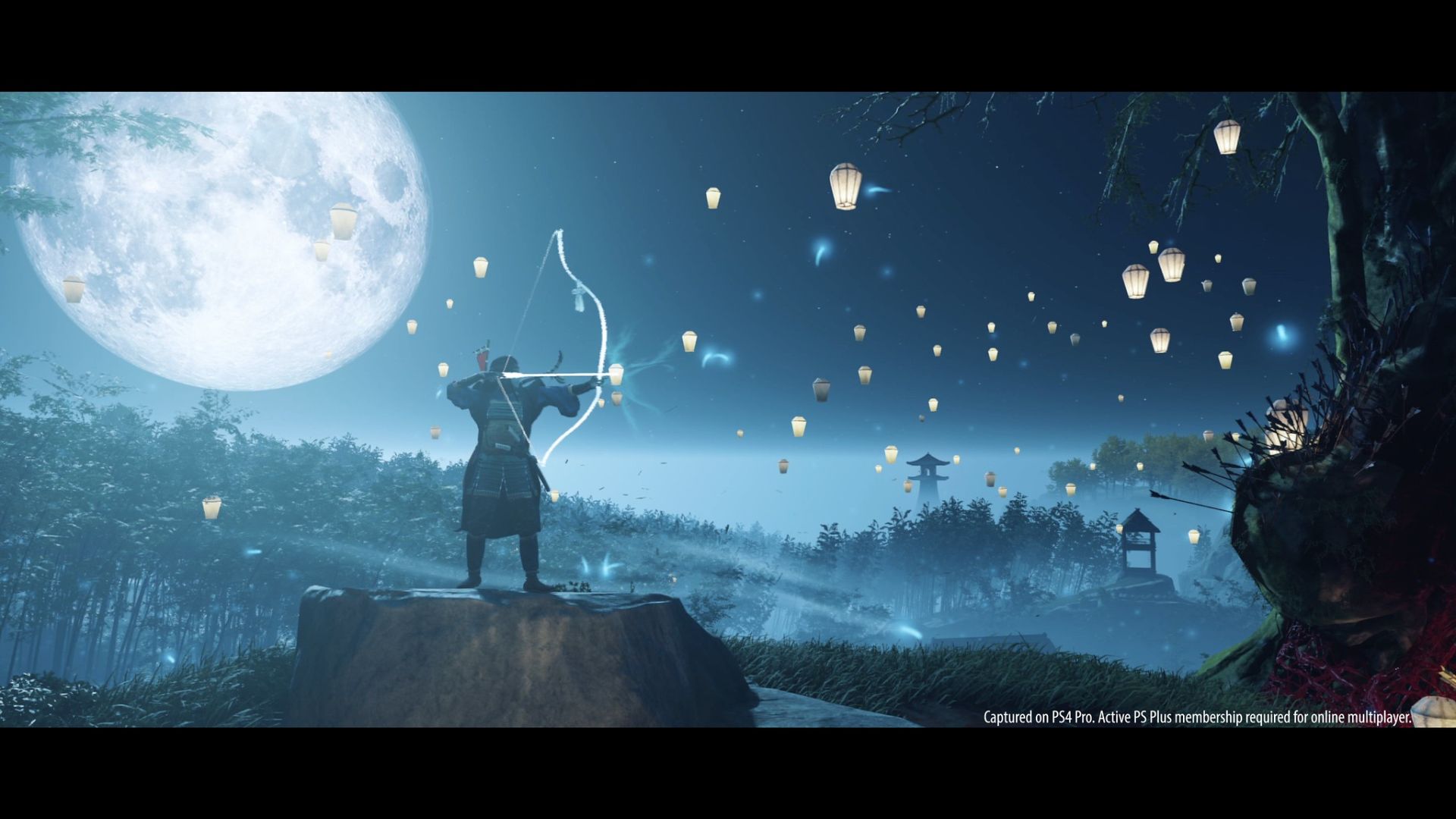 Sucker Punch Productions has announced that Ghost of Tsushima: Legends, the online co-op mode coming as a free update, will be releasing on October 16th. The mode will launch with story missions for two players and survival missions for four players while a raid is planned to release “in the weeks following launch.” Legends is accessible after downloading update 1.1 and then downloading an unlock from the PlayStation Store.

A new character, Gyozen the Storyteller, is introduced and will serve as the means to access Legends lobbies. However, it’s possible to access the mode from the title screen as well. The story missions consist of Gyozen’s tales about “what’s really happening in Tsushima.” Completing them will provide harder difficulties with new encounters and tougher foes though the rewards will also be better.

Survival is more straightforward – four players simply battle waves of enemies for as long as possible, completing bonus objectives to increase rewards dropped. Blessings can be used in these missions, including summoning a Spirit Bear for battle. As for the raid, it’s set in Iyo’s Realm and touted as “an epic three-part adventure that will require excellent teamwork and communication to overcome.”

Four classes are available to choose from in Legends – Samurai, Assassin, Ronin and Hunter – each with their own unique ability, Charms and ranged weapons. Progressing with each class will unlock an alternate ability as well. The Samurai is meant for frontline fighters and can use Hachiman’s Fury to slice multiple foes at once.

The Hunter is the range-focused class and uses explosive arrows along with the Eye of Uchitsune for a multi-headshot attack. Ronin can summon a Spirit Dog (which can be petted) and revive allies with the Breath of Izanami ultimate. Finally, there’s the Assassin who deals massive damage with a single strike and can teleport across the field with Shadow Strike to reach foes quickly.

Along with new masks, armor and emotes, there are new cosmetics with everything unlocked through in-game progression and no microtransactions. Photo Mode is also here along with new Trophies (which are separate from the base game). Stay tuned for more details en route to the mode’s launch.