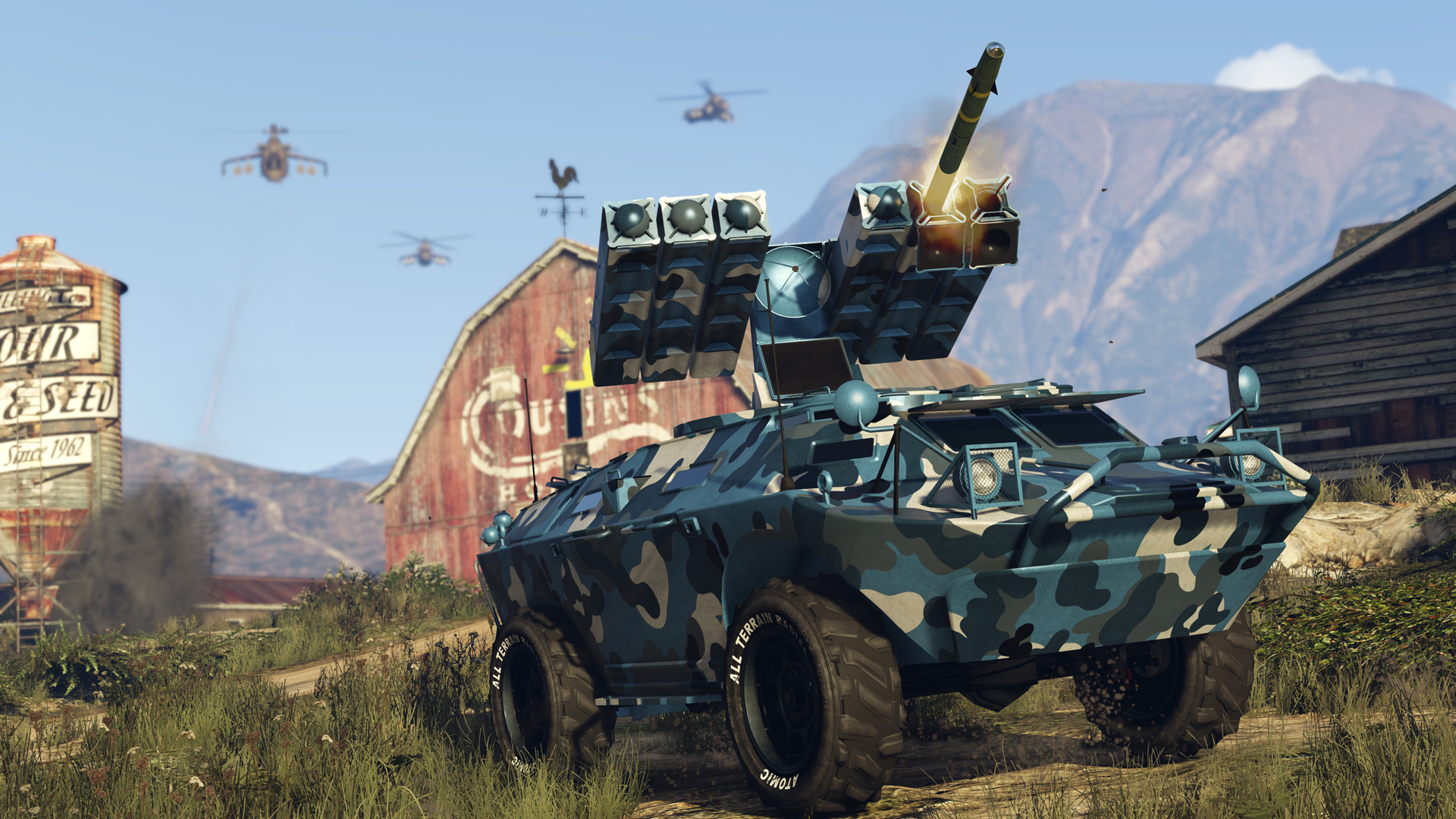 The success of Grand Theft Auto 5 has been something rather absurd. The game pretty much never leaves the top sales charts and is one of the most successful video games of all time. One of the key reasons for that? Its online competent, Grand Theft Auto Online, which has taken on a life of its own so much that it realigned the company’s philosophy. And today new gear and sales are up for America’s 4th of July holiday, as announced by Rockstar.

To celebrate, there’s plenty of gaudy American themed stuff to pick up like the Canis USA Tee, as well as the Patriot Beer Hat for free, and you get 40% off the Liberator monster truck and star-spangled Sovereign bike. If you’re not American, or just don’t care about the whole 4th of July thing, there’s still some stuff for you. There’s 40% of other non-America themed vehicles like the Blimp, Scramjet and Ramp Buggy. You also can get 75% off ammo and pick up the new fireworks launcher and musket. On top of all that, you can into businesses during the sale for 40% off.

Grand Theft Auto V, and Grand Theft Auto Online with it, is available now for PlayStation 4, Xbox One and PC (you can also get GTAV on PS3 and 360, but the online part is no longer functioning). The 4th of July discounts and gear will last until July 10th.