Rockstar has just announced a new GTA Online story DLC featuring Dr. Dre, which will be releasing on December 15th. 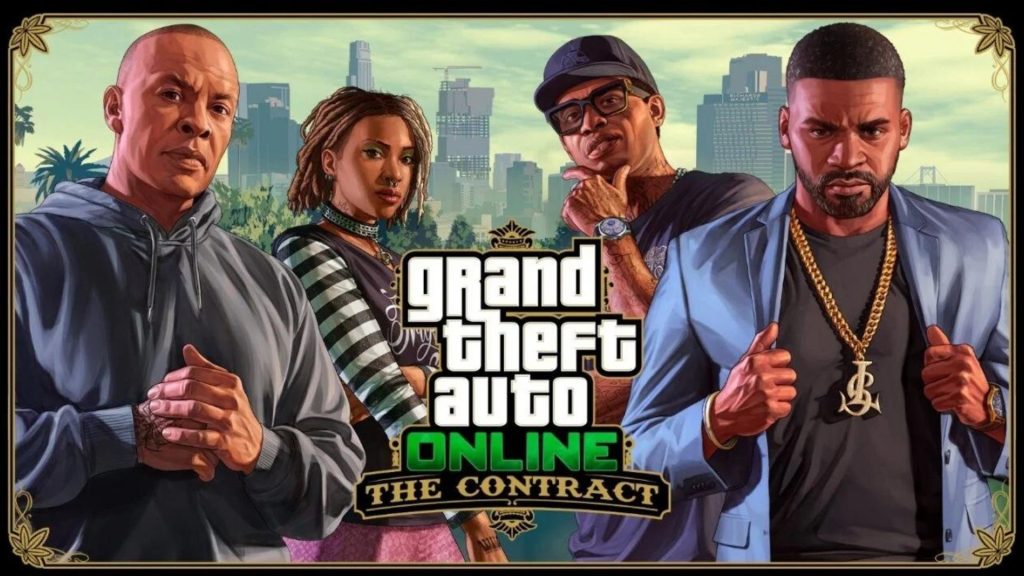 Rockstar has recently revealed that GTA Online will be releasing a new DLC story called “The Contract”, which will be releasing on December 15th and will feature appearance and the music of famous artist Dr. Dre, who was previously known to be working on some related to GTA.

The story follows GTA 5 protagonist Franklin Clinton as he runs a celebrity solutions agency, and a contract sees him helping Dr. Dre retrieve pieces of his unreleased music from his stolen phone. Set years after the single-player campaign , the story DLC that’s will take players all over Los Santos – from Franklin’s neighbourhoods to the finest parties of the town. Of course, there’s also new content such as the Compact EMP Launcher weapon, the Enus Jubilee vehicle, and The Agency resthouse.

GTA Online is available on PS4, Xbox One, and PC – and Rockstar is currently hard at work on the PS5 and Xbox Series X/S versions of the game that will be releasing in March 2022.