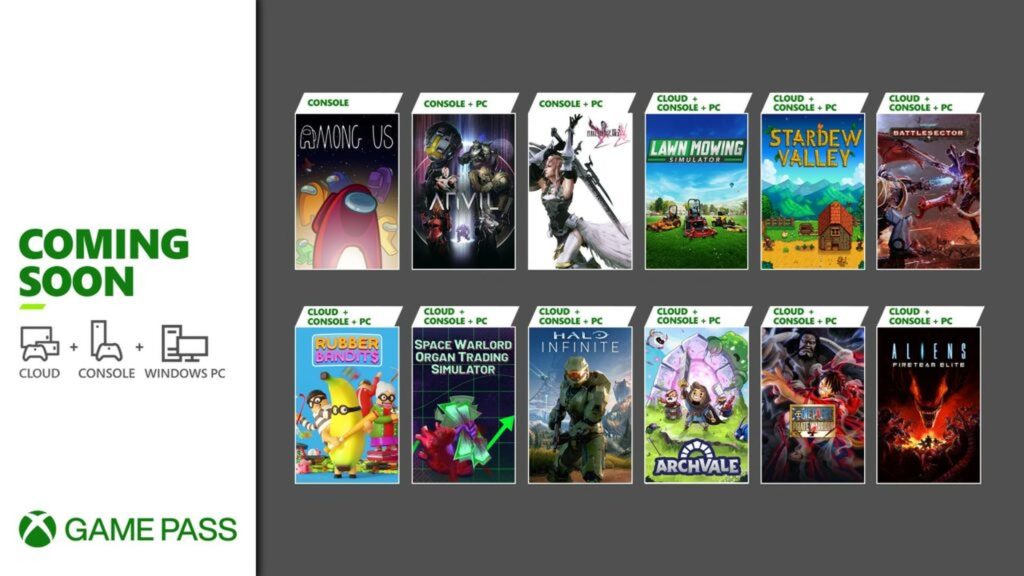 Microsoft has revealed its first wave of titles coming to Xbox Game Pass in December. It kicks off tomorrow with ANVIL and Final Fantasy 13-2 for consoles and PC. For consoles, PC and cloud, there’s also Archvale, Lawn Mowing Simulator, Rubber Bandits, Stardew Valley and Warhammer 40,000: Battlesector.

The macabre Space Warlord Organ Trading Simulator goes live on December 7th while Halo Infinite’s campaign finally launches for cloud, consoles and PC on December 8th (check out the launch trailer here). On December 9th, the Strawhat Pirates join the party as One Piece: Pirate Warriors 4 becomes available for consoles, PC and cloud. Aliens: Fireteam Elite and Among Us round out the first wave upon releasing on December 14th.

Of course, there are also a number of titles that will be leaving the service in December. Check out the full list below:

With The Game Awards 2021 coming up on December 9th, it wouldn’t be completely out of left field for Microsoft to announce even more additions to the service. Stay tuned for more details in the coming weeks.