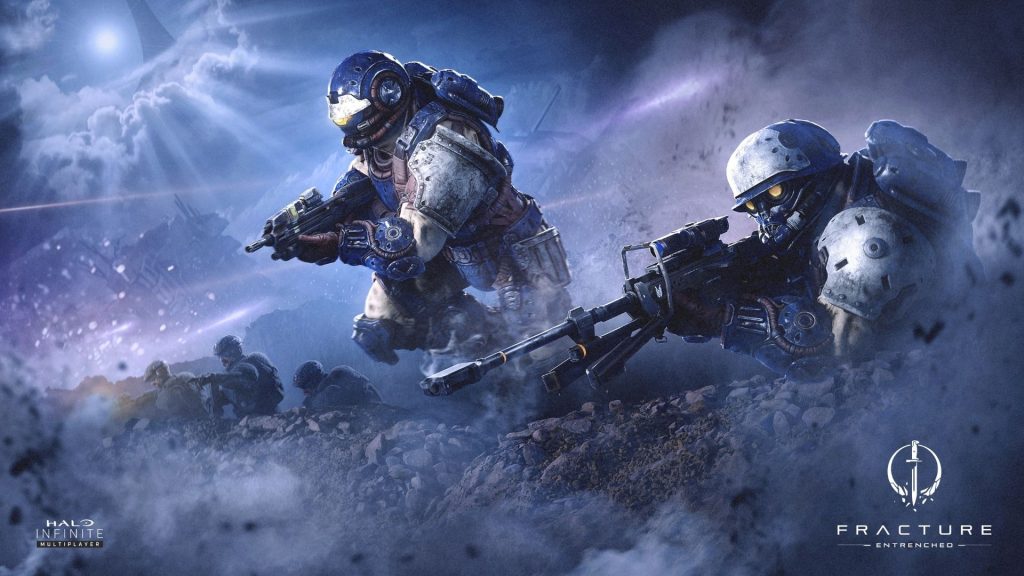 Halo Infinite‘s Season 2 has already begun, and much like Season 1’s Fracture events, this Season is also delivering Fractured events of its own. The second such event is called Fracture: Entrenched. As announced by 343 Industries over on Twitter alongside a recent blog post update on Halo Waypoint, the Fracture: Entrenched mode – which is available now – will be focusing on the diesel-punk-themed Eaglestrike armor.

Much like before, players will have to complete the free 30-tiered event pass (available for one week from Tuesday, May 24 at 11 am PT until Monday, May 31 at 11 am PT, although it will reappear for a total of 6 times during Season 2) to gain pieces of this coveted armor set. Each tier of the battle pass can be tackled by completing event challenges, which revolve around the newly-introduced Land Grab mode.

The Land Grab game mode sees players fighting for control over three capture points, and after successful captures of the three control points by both teams, an intermission kicks in and new control points become available on the map. The first team to get to 11 points wins. Land Grab will become a part of the standard Halo Infinite rotational playlist once the Fractured event is over.

Additionally, Halo Infinite‘s Ultimate Rewards (given out on a weekly basis), as well as its in-game shop, will house cosmetic items centered around the Eaglestrike theme.

In recent news, Halo Infinite also received a new Last Spartan Standing playlist with all BTB maps- read more on that through here.