Horizon Call of the Mountain Trailer Shows off Combat, Climbing, and More

Step into the shoes of former Shadow Carja warrior Ryas, as he heads on a journey to deal with a new threat to the Sundom. 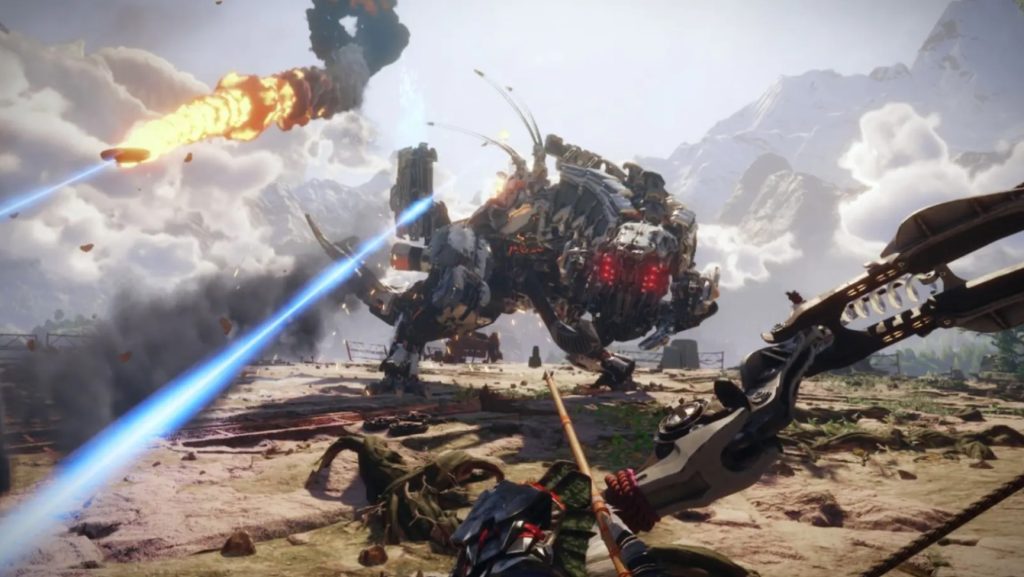 Horizon Call of the Mountain was announced for PSVR2 earlier this year, with Guerrilla and Firesprite Games collaborating on a VR offshoot of the beloved franchise. At the time, we only got a brief glimpse of the game, with very few details on its gameplay and story being revealed, but as promised, Sony showed off a meatier trailer of the VR title during the recent State of Play presentation.

Plenty of first-person combat and climbing got shown off, and sure enough, it looks like those two elements – climbing and combat – are going to be a crucial part of the core gameplay loop here. A pickaxe tool is also shown off, which is used in the trailer to travel down a zipline, though presumably there will be other traversal-related uses for it in the game as well. And of course, we also got several glimpses of some of the machines we’ll be crossing paths with, including a Thunderjaw. Check out the full trailer below.

A PlayStation Blog update also sheds more light on the game’s story. We’ll be playing as Ryas, a former Shadow Carja warrior and a master of climbing and archery, who must “redeem himself by investigating a grave new threat to the Sundom” as he scales mountains and defeats dangerous machines. Expect to meet various new and old characters, including series protagonist Aloy herself.

Meanwhile, there will be several weapons and tools to use, resources to collect to craft additional gear, and more.

Horizon Call of the Mountain doesn’t have a release date or release window yet, so stay tuned for more details on that front.

During the State of Play, Sony also announced that a new update has gone live for Horizon Forbidden West on PS5 and PS4, adding New Game+, an Ultra Hard mode, several new features, new Trophies, and more. Read more on that through here.

Horizon Call of the Wild