Aloy will also spend more time with her companions, both in the main story and side quests as per narrative director Benjamin McCaw. 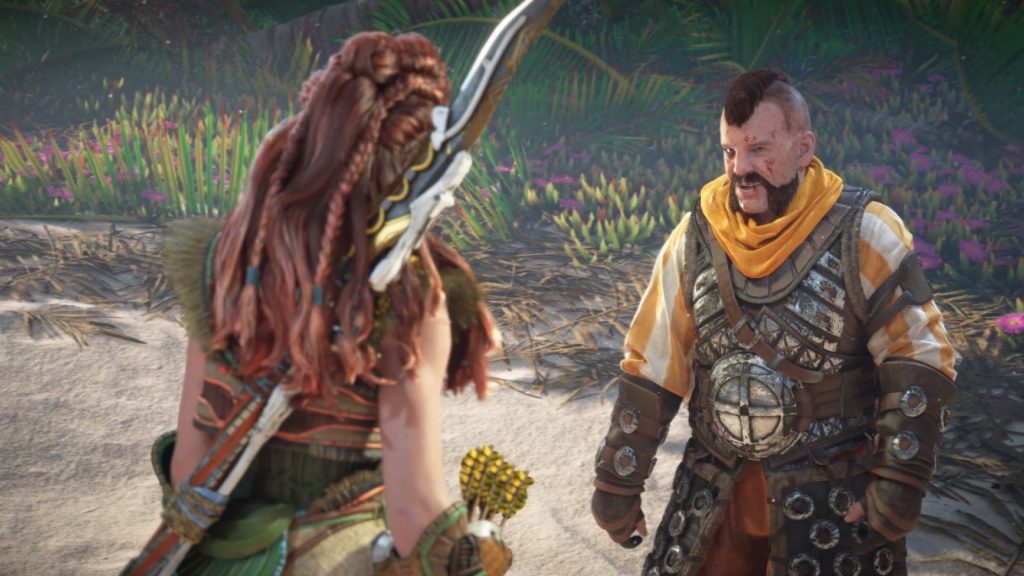 When Horizon Forbidden West was showcased in Sony’s latest State of Play, many were surprised to see Erend from the first game making a return. Speaking to Game Informer, narrative director Benjamin McCaw said there will be other characters returning along with some brand new companions as well. “You will absolutely see more returning characters and you will meet some new companions that I think players are really going to enjoy.”

McCaw also said that the team wanted to allow Aloy to spend more time with her companions, both in the main story and side quests. “This is something that we thought a lot about after the last game came out. One of things we wanted to do was really increase the amount of time that Aloy spends with her companions. This is true on the main quest as Aloy ventures into the Forbidden West. It’s also true of the side quests.

“What we really wanted was a lot more face time. We wanted people to grow that emotional attachment that they had with their companions. That’s been a major focus of development for us on the story side and the quest design side.” Of course for the time being, these companions can’t be revealed. As for why Erend in particular was brought back, McCaw said, “I mean, why wouldn’t you bring back Erend?”

Noted to be a favorite for both fans and the writing team, Erend is described as fun even though his behavior masks a lot of pain. “That’s something that makes him very entertaining.” He also fulfills a “very specific role in the story” and helps to provide ties to Aloy’s past “to sort of make sure that she’s the same person and comes alive in the same way.”

With regards to the world design, players can expect several iconic American landmarks and many, many more locations to explore. There will be a variety of terrain and climate types, including some cold places for those who enjoyed The Frozen Wilds expansion.

Horizon Forbidden West is currently set to release for PS4 and PS5 this holiday season. Development is on track though it’s not completely certain yet whether it will launch this year.