I don’t like a lot of the new Pokemon designs, but Meltan is kind of cute. 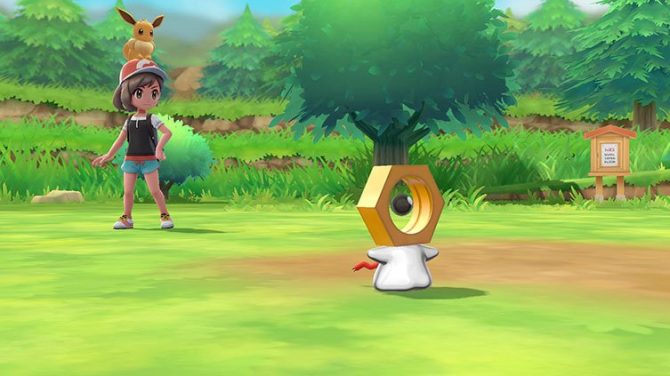 Game Freak and The Pokemon Company promised that Pokemon Let’s Go, Pikachu! and Let’s Go, Eevee! would introduce players to a brand new Pokemon— presumably an eighth generation Pokemon, similar to how Pokemon Ranger introduced players to Phione and Manaphy, from the then upcoming Pokemon Diamond and Pearl.

We now know what this new Pokemon will be, after some dataminers stumbled upon it a few days ago. The creature is called Meltan, and it’s an adorable blob with a nut for a head. It’s apparently a transformation of Ditto, and it will appear first in Pokemon GO (the first time a Pokemon has debuted in the mobile game), following which it will also be in Pokemon Let’s Go. The Pokemon Company says that you will need Pokemon GO to get it in Let’s Go (which presumably will then be needed to get it into Pokemon 8 when it comes out next year).

The Pokemon Company also released a delightful video showing Professor Oak and Professor Willow discussing the new discovery, which you can see for yourself below. Pokemon GO is available now on iOS and Android devices, while the Let’s Go games launch on Nintendo Switch on November 16. Pokemon 8 launches on Nintendo Switch next year.

The seven-minute long gameplay trailer features solo and co-op combat set in Hanagasumi Hills, one of the four...