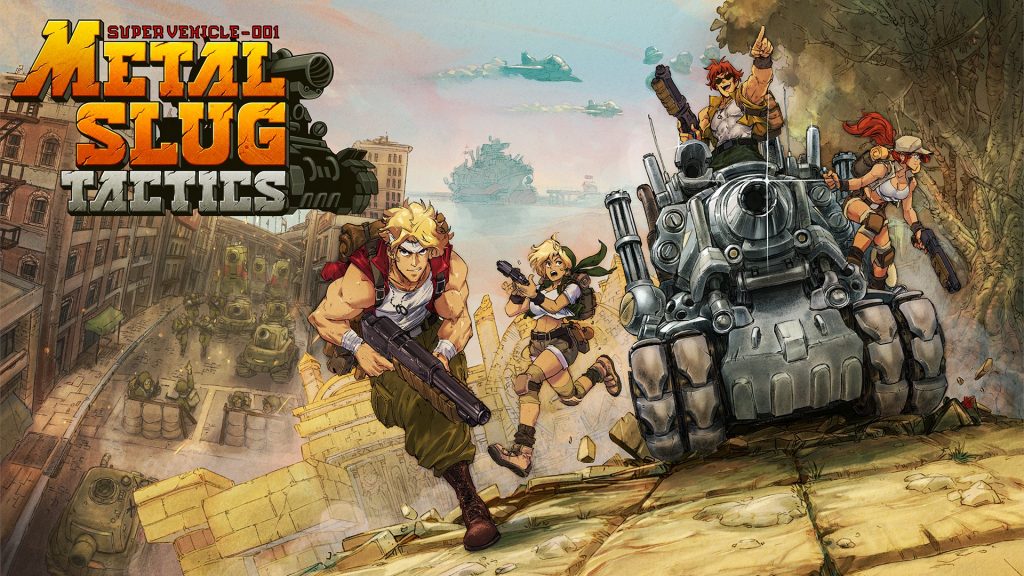 Metal Slug Tactics, a tactical RPG take on the beloved shoot ’em up series, arrives in 2022. Along with PC via Steam, it will also release for the Nintendo Switch. Dotemu and Leikir Studio also showcased some new gameplay, which sees the game’s Sync mechanic along with a fight against the Aeshi Nero boss.

Characters like Marco, Fio, Tarma and Eri are also showcased along with the SVX-15D Slugnoid mech. Though strategy is key, Metal Slug Tactics also offers some roguelike elements (with new sections of a stage literally dropping in, complete with enemies). Players can accumulate experience from battles and acquire stronger weapons and perks to gain an edge.

Along with simultaneously attacking targets with the Sync mechanic, there’s also the Adrenaline bar which can unleash super attacks. With a strong amount of replay value, procedurally generated missions and tough challenges, Metal Slug Tactics looks like it will be a great addition to the Switch’s library. Stay tuned for more details in the coming months.