Microsoft has confirmed that the first wave of January additions for the subscription service doesn't include any newly-announced titles. 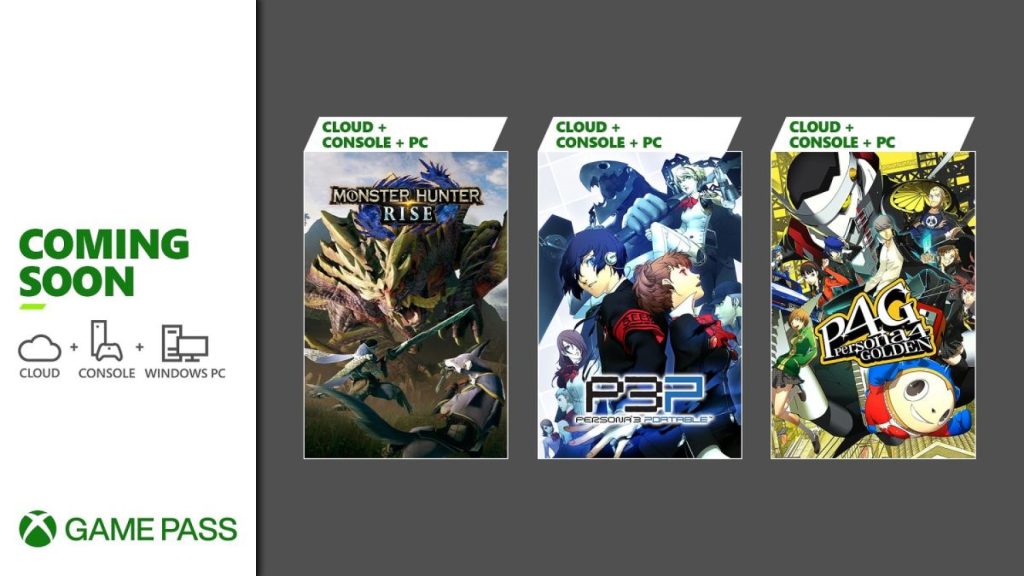 Microsoft has unveiled the lineup of games coming to Game Pass in January as part of its first wave of new additions, and it’s a pretty sparse collection to kick off the year, at least in terms of pure numbers. Only three games are included, and all three have been confirmed for Game Pass for a while – though all three are certainly major releases.

January 19 will see the Persona series continuing to expand its presence on Microsoft’s ecosystem with the release of  Persona 3 Potable and Persona 4 Golden’s ports for additional platforms. Both games will be added to Game Pass for console, PC, and cloud at launch. The next day brings Monster Hunter Rise, which is coming to PlayStation and Xbox consoles at last, and will also be available for Game Pass via console, PC, and cloud at launch.

Recent reports suggested that Flying Wild Hog and Devolver Digital’s first person shooter Shadow Warrior 3 would be announced for Game Pass soon, but it isn’t included in January’s first wave of additions. Leaks have claimed that Microsoft has an Xbox-focused showcase planned for later this month, so there’s a chance that we hear more then.