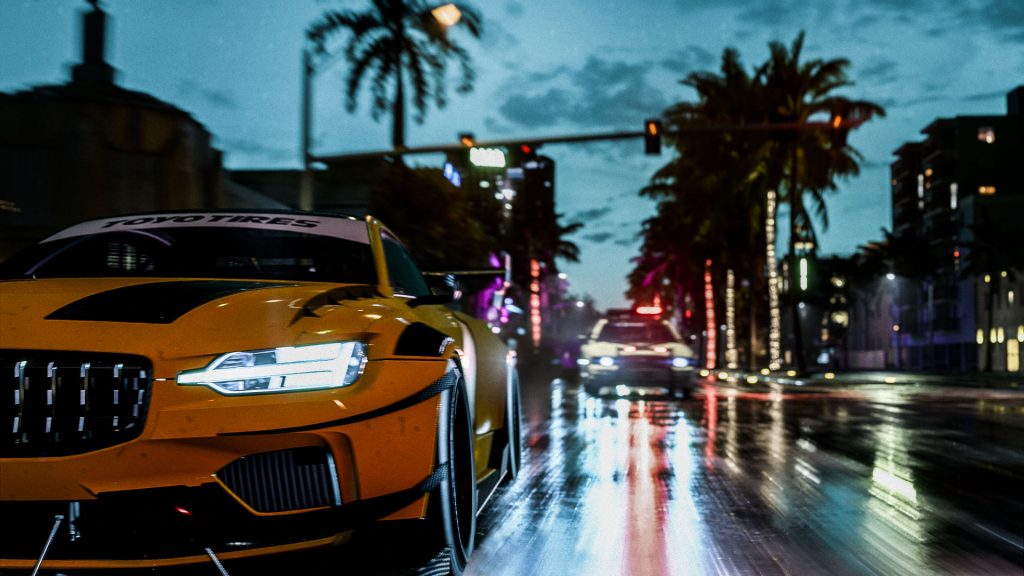 Earlier this year, job listings confirmed that Tencent-owned TiMi Studios was working on an open world Need for Speed game for mobile devices in collaboration with EA, and while official details on the project are yet to be revealed, it seems we may have got our first glimpse of it courtesy of a new leak.

A Reddit user recently uploaded uploaded under a minute of gameplay footage from the mobile title, showcasing glimpses of its racing, the open world map, and its crisp visuals. In a subsequent comment on the thread, the uploader also provided additional details, including the game being built on Unreal Engine 4, which was mentioned in aforementioned job ads as well.

Additionally, it looks like the mobile title will use the same open world map 2019’s Need for Speed Heat, which takes place in Palm City, a fictional recreation of Miami. As per the user, currently only three cars are usable in the game- the McLaren F1, the Lamborghini Aventador SVJR, and the Lamborghini Gallardo. The game is said to have no story and no cop chases, while it’s handling and drift boost effects will be similar to Need for Speed Edge.

As is the case with all leaks, until such time EA provides official details on the game, it’s best to take these details with a grain of salt for now.

Of course, a new mainline Need for Speed title is also in development at Criterion for PC and consoles, though allegedly not as a cross-gen title. EA recently confirmed that the game will be out later this year.