Overwatch 2 UI Concept Could Hint at Addition of Battle Passes

The Anniversary Remix event has kicked off for Blizzard’s Overwatch but all eyes are arguably on Overwatch 2 instead. A closed beta for PvP kicks off later this month on PC which includes four maps, a new hero in Sojourn and reworks for Sombra, Bastion, Orisa and Doomfist (who is now a Tank. No, really).

It also seems that the sequel could introduce Battle Passes in addition to its standard Loot Boxes. Former UI designer Jayson Kirby added some UI screen designs and concepts to his ArtStation profile a few days ago. Among these is a UI concept for Overwatch 2’s main menu with the goal of showcasing the heroes “in close up detail.” Camera and hero position/poses would change dynamically as one progressed through the menus. It also seems that the positioning of certain features, like Endorsements, has been shifted to the lower right-hand side.

However, underneath the Social and Shop tabs is the Battle Pass and Challenges. Again, this is just a concept so the closed beta (and subsequently, the final game) could end up looking way different. Blizzard Entertainment hasn’t commented on the addition of Battle Passes to the franchise but given its success in titles like Apex Legends, Fortnite and so on, its implementation wouldn’t be surprising. 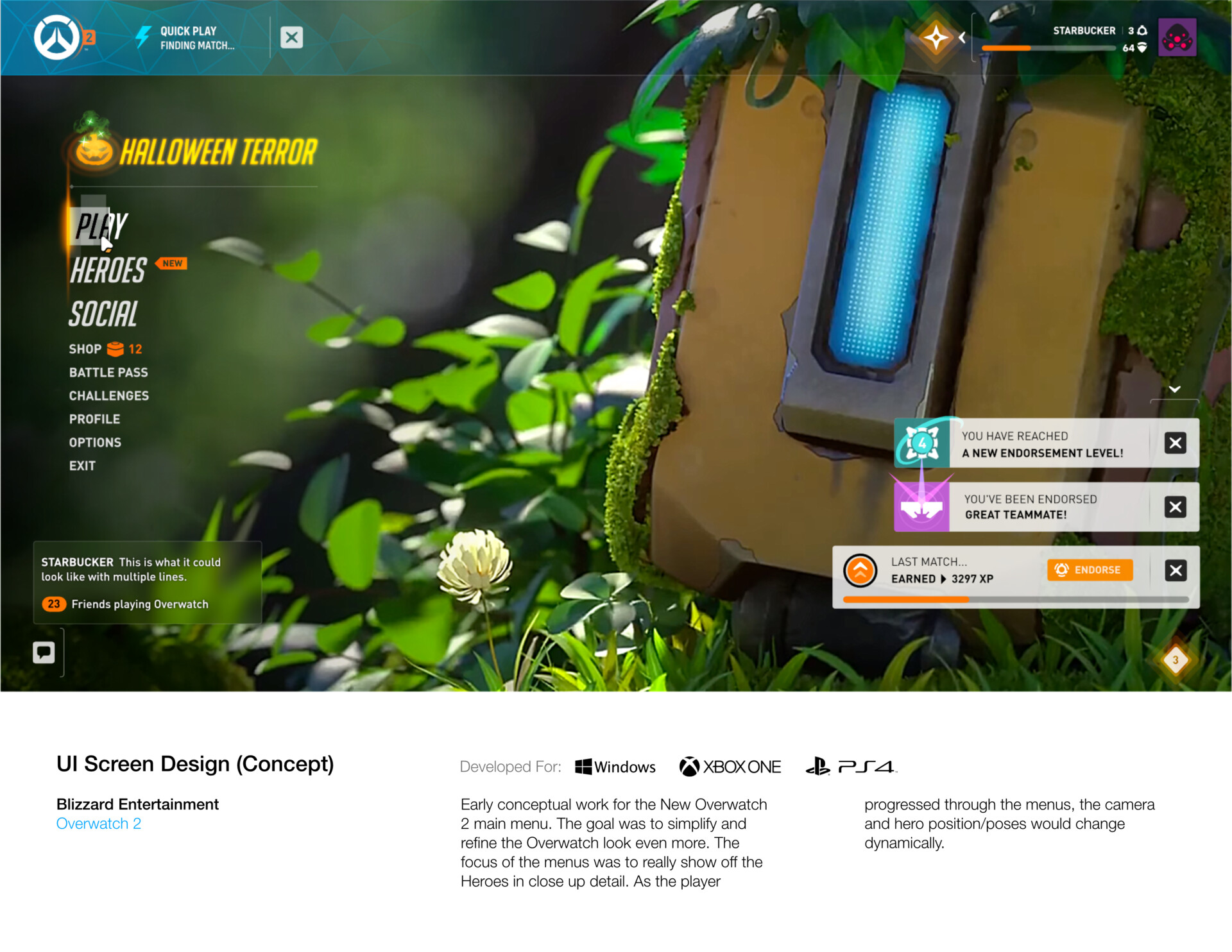