Buffs for Mercy, Reaper, Symmetra, and Roadhog are also live. 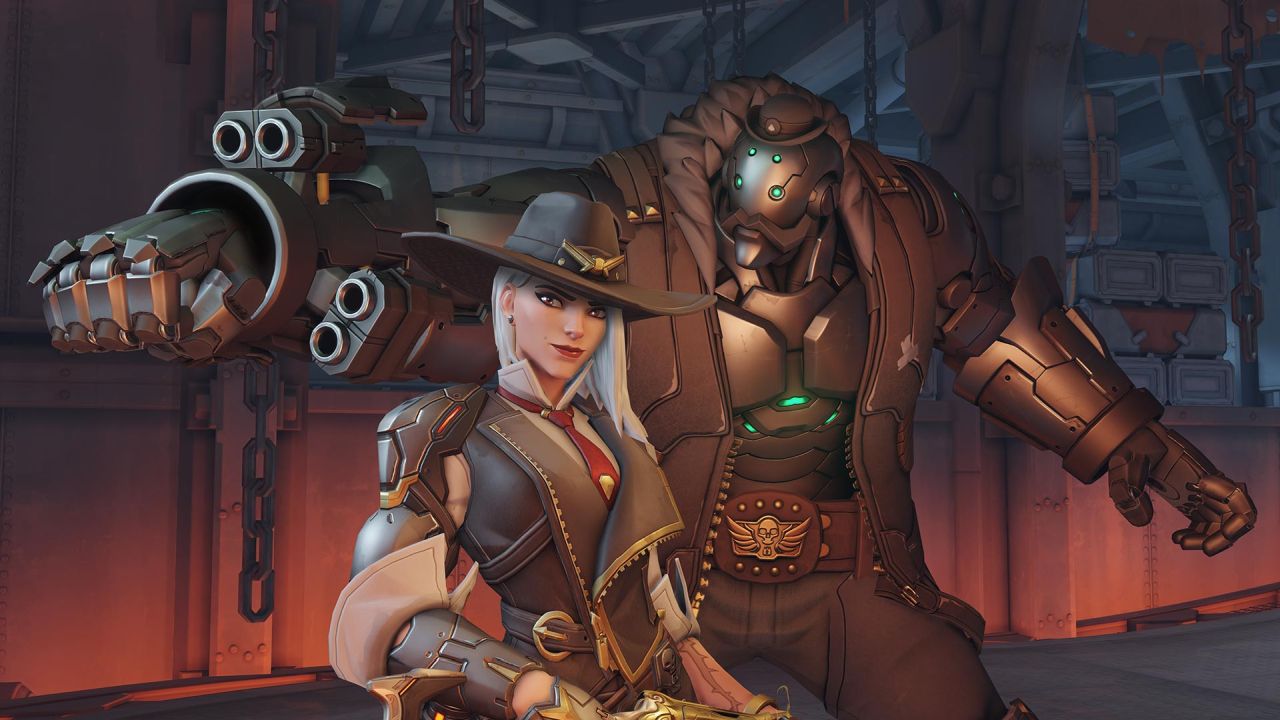 Following the closure of the patch 1.30 PTR, Overwatch’s latest hero Ashe is now available on live servers for Xbox One, PS4, and PC. As the leader of the Deadlock Gang, Ashe functions as a damage dealer, with options for rapid firing from the hip or aiming down sights for more damage. She also brings B.O.B, an Omnic bodyguard that can provide fire support, as her Ultimate.

The latest patch also offers a number of buffs and changes to heroes like Mercy, Reaper, Roadhog, and Symmetra. Mercy’s healing per second has been buffed from 50 to 60, while Valkyrie’s Ultimate cost has been reduced by 15 percent. As for Reaper, his shotguns now have 50 percent reduced spread randomization, with the spread pattern itself adjusted.

Reaper also receives 30 percent damage dealt as life steal rather than 20 percent, upping his survivability a bit. For the full notes on what’s changed, head here. For a brief look at the various buffs and general changes, read some of the patch notes or watch the patch 1.30 video below. Just remember: Ashe won’t be available in Competitive Play for another two weeks.

Developer Comments: Mercy’s ultimate was charging a bit too slowly after her base healing was reduced in a previous update. These changes should restore some of her ultimate’s strength and let it build up more quickly.

Developer Comments: Reaper’s specialty is fighting at a very close range. The more consistent spread pattern and increase in healing from his passive ability will make him more capable of standing toe-to-toe with his enemies.

Life steal increased from 20% to 30% of damage dealt

Developer Comments: Roadhog is receiving several large changes to make his abilities more consistent. His Chain Hook had issues with breaking when enemy targets jumped or fell behind environment collision. It will now slow them down in the air more when the hook lands, and wait less time before it starts reeling them in. Since Chain Hook’s cooldown now begins immediately upon use, it no longer varies based on Roadhog’s distance to the hook target. We’ve also moved some of the projectiles closer to the center of the spread pattern on his Scrap Gun, which gives him a more consistent damage output for its primary and alternate fire. Previously, there was a long-standing bug that caused close-range targets to fly much further than expected. After this bug was fixed, we still wanted to keep some of the knockback burst it provided, so we’ve increased the overall velocity cap to maintain some of that functionality.

Developer Comments: It’s still difficult to use Symmetra’s Photon Projector beam effectively, even after its range was increased. By speeding up the primary fire charge rate, it takes less time to ramp up to its full damage potential and will be a stronger option when she’s presented with targets to charge up on.