The GOTY Edition will add new aircraft, airports, missions, tutorials, features, and much more when it launches for Xbox Series X/S and PC next month.

Rare's multiplayer seafaring pirate adventure continues to move from strength to strength, having amassed over 25 million players since launch.

Each Steam game will be given one of four categorizations depending on whether or not it can run on the portable device.

"It’s one of the privileges we have of being at Microsoft and having the capability to take a long-term approach, and adding amazing creators to the portfolios is an important part of that," says th...

The "Special Preliminary Broadcast" will examine the previous two closed beta phases and showcase improvements coming in the third phase.

The current-gen versions could be launching soon. They offer faster loading times, ray tracing and other "visual and technical" improvements.

Xbox is giving away another special edition Series X, and yet again, its not for sale.

Steam has banned all blockchain-based games that use cryptocurrencies and NFTs from its platform. 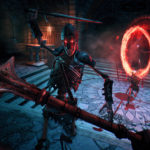