Work with Sister Cassia and face off waves of unrelenting enemies in this new Challenge League. 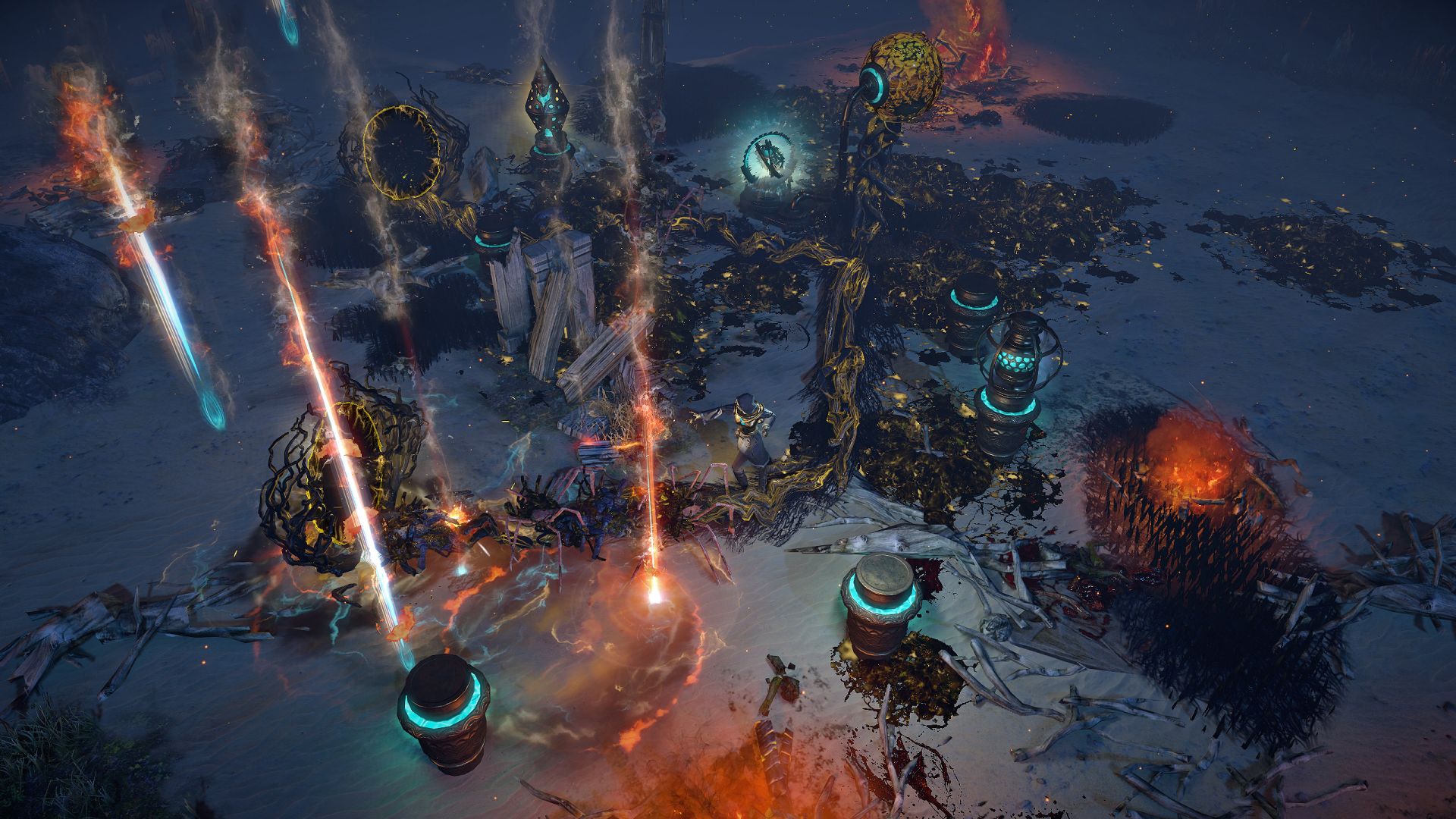 Grinding Gear Games’ latest Challenge League for Path of Exile is now live with Blight. It explores a rather odd mechanic for the series, namely tower defense. Teaming up with Sister Cassia, you’ll be purging areas of fungal Blight. This is done through a special pump but it must be defended during the purging process from various invading mobs. Cue the towers.

Of course, this is also a new expansion in its own right so that means changes for Ascendancies like Necromancer, Saboteur and Assassin; new Uniques, Skill Gems and items; and changes to the Atlas of Worlds and Master Missions (which are now doled out daily and rack up overtime). There’s even a new mechanic with the Oils. Dropping from Blights, three can combined together in various ways to anoint items with key Passives.

If that weren’t enough, Blighted Maps can appear in the Atlas as well. These are maps that are covered in tendrils and act as one big match of tower defense. Overall, aside from some technical issues, the league seems to be off to a good start. We’ll see where Path of Exile goes from here, especially with the 4.0 mega-expansion in development.