A new countdown website points to a reveal at 9 AM PST. 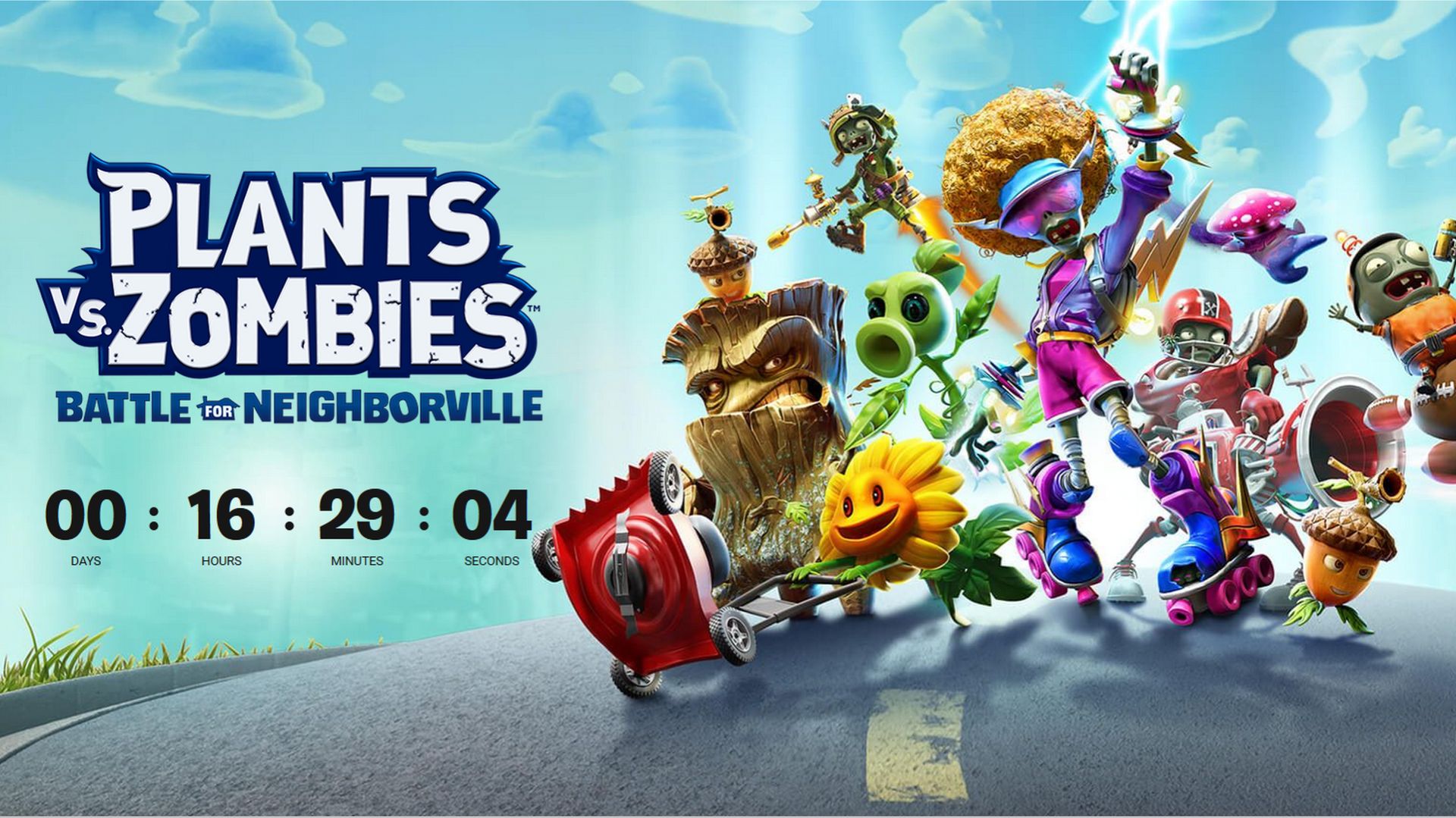 Though its trailer leaked prior to Gamescom, EA didn’t reveal Plants vs. Zombies: Battle for Neighborville at the show. Instead, the title will be revealed later today according to a new countdown website. The timer is counting down to 9 AM PST, which is likely when we’ll see the full finished trailer along with some kind of release window.

Details on the title have been scarce till now. It was first confirmed to be a follow-up in the Garden Warfare series when EA sent out invites for its closed alpha. The name change will probably be explained tomorrow but gameplay bits thus far have indicated that it sticks close to its tower defense/shooter roots.

The real question is when the game could release, especially since EA has touted a Fall release in earlier financial reports. October is looking like a solid release window especially since Need for Speed: Heat and Star Wars Jedi: Fallen Order are both in November. Time will tell so stay tuned for more details.