You won’t need to play the original to jump into RAGE 2. 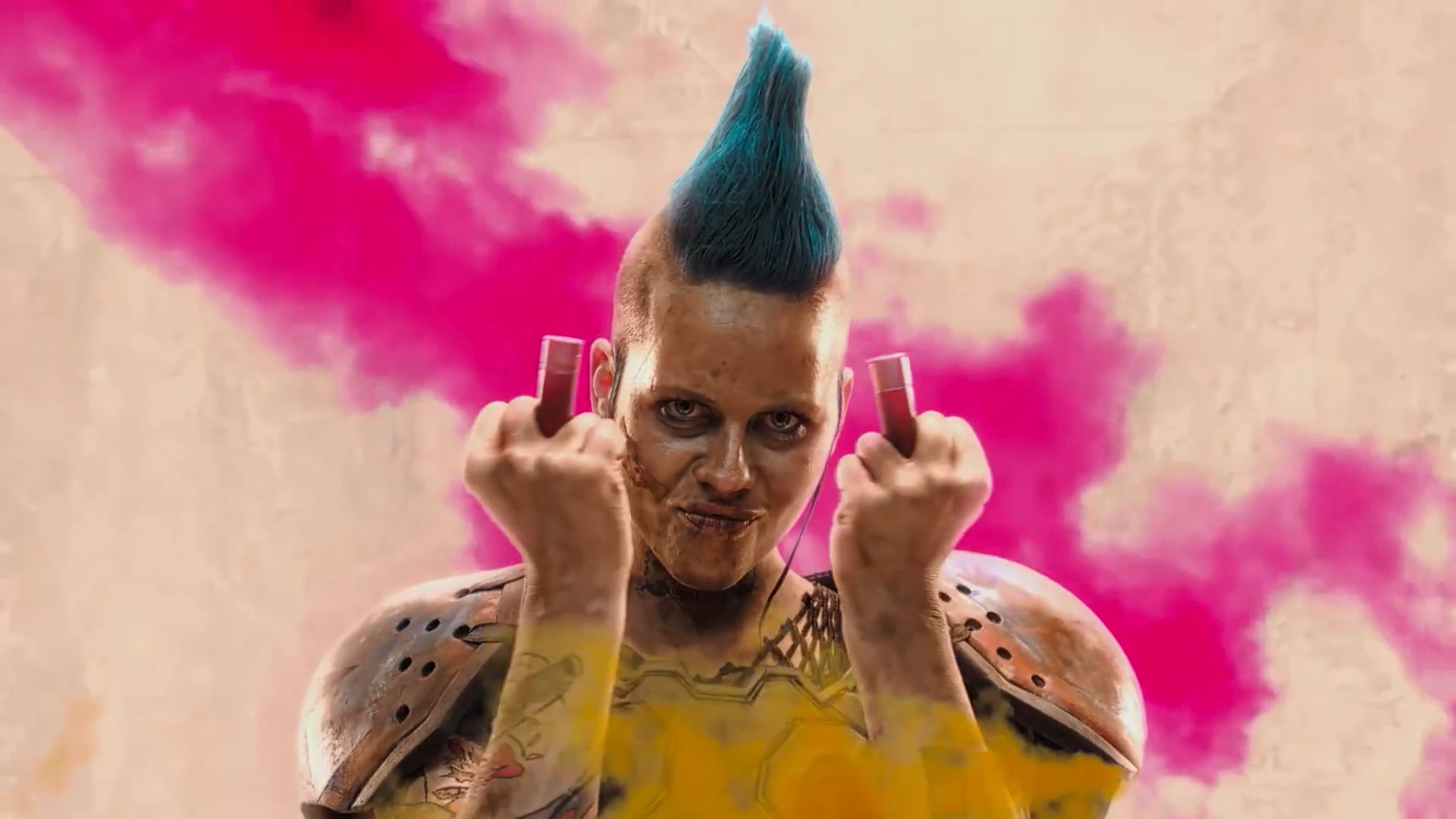 The original RAGE came out all the way back in 2011. While the game sold reasonably well, it released to mixed reviews, largely aimed at the fact that it ended up having a rather lifeless world and style, despite solid shooting mechanics, coupled with a lot of technical issues- which is partly why the announcement of the sequel was so surprising. Partially for its existence (barely a peep about RAGE had been spoken over the last few years), and partially because its style, look, and humor look very different from the original, feeling almost like a new IP than a sequel to RAGE. As a new interview with id SoftWare’s studio director Tim Willits revealed, that was largely by design.

Sitting down with DualShockers, Willits detailed some of what they wanted to accomplish with RAGE 2, and the lessons they learned from the original. One big lesson id learned was to not tackle an open world game without tech designed for open world titles- which is why they relied on Avalanche Studios and their open world-specific tech (such as the Apex Engine) for the game’s development.

Most interestingly, though, Willits also discussed how you won’t need to play the original to jump right into the madness of RAGE 2, even if there will be obvious connections to those who have played it (there’s even a pre-order bonus mission directly linked to the first game’s story).

“RAGE 2 takes place 30 years after the events of RAGE,” he said. “Now, if you had not played the original RAGE, don’t worry about it. We got you covered with the story. We actually really wanted to separate RAGE 2 from RAGE, both in the gameplay style and in the story.

“You play as someone completely different. You play as Walker. We actually gave you a real name and you talk. You can play as male Walker or female Walker. You live in this settlement called Vineland. Vineland is attacked by the Authority — most people thought the Authority was gone because of what happened after Rage and the Authority wars — and your home is attacked. That’s kind of the start of the game.

“Then, once you move past this intro area where we teach you the mechanics of playing the game, you go into the wasteland and that’s where and when the game really starts. You meet up with some characters and y’all work together to eventually take down the Authority.”

In the same interview, Willits also spoke about the size of the game’s world, and how it compared to Avalanche Studios’ own Just Cause 4. Read more on that through here.

RAGE 2 will release for PlayStation 4, Xbox One, and PC on May 14th. We know, too, that the game has gone gold. If you’re curious about the PC version’s requirements, you can check them out here.