Keep your fingers crossed, it might still end up happening. 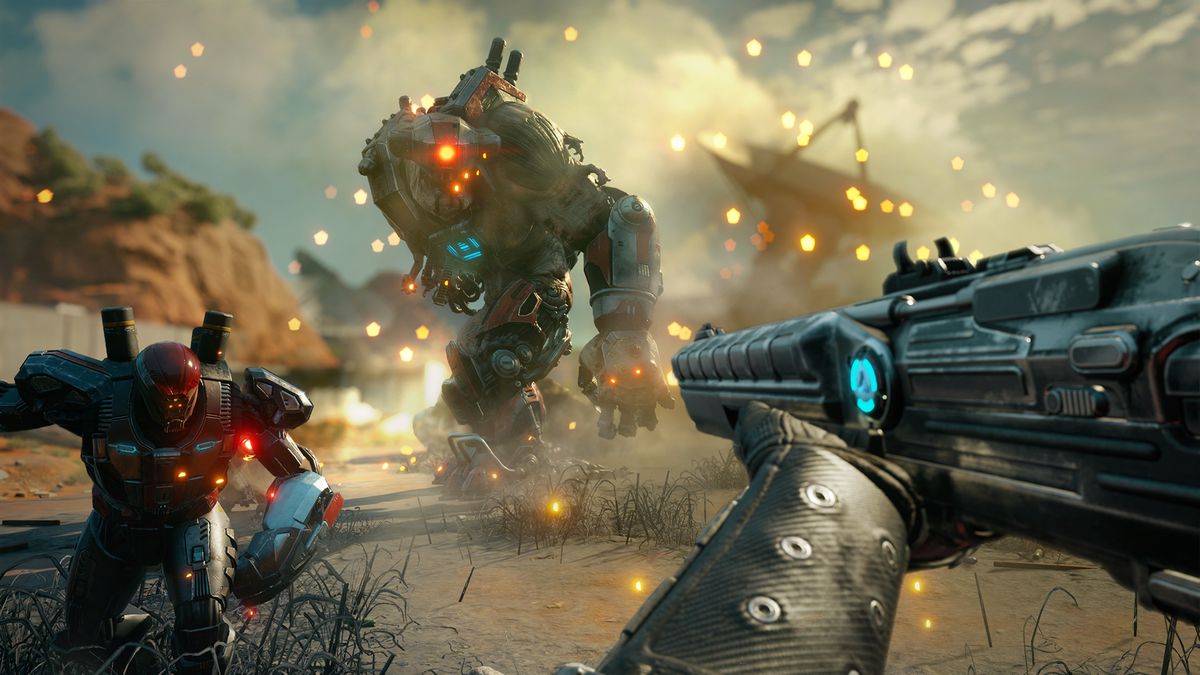 It seems that first person shooters being published by Bethesda have found a surprising home in the Nintendo Switch off late. Both DOOM and Wolfenstein 2: The New Colossus have been ported over to the console (and work surprisingly well, in spite of hardware limitations), while even future titles will be following suit. DOOM Eternal launches on the Switch simultaneously day and date with all other platforms (and will be a competent version of the game, if the developers are to be believed), while Bethesda has promised that future Wolfenstein titles will be doing the same (not Youngblood though, apparently).

One notable omission of a game that won’t be following that path, though, is the upcoming RAGE 2, co-developed by id Software and Avalanche Studios. The game is out in a little over three months, but it doesn’t seem like a Switch version is on the horizon. There has been word on the same in the past- id Software have previously gone on record stating that they were evaluating the possibility of a Switch version of RAGE 2, but there has been no other concrete word.

Recently, id Software studio head Tim Willits provided another update. In a recent preview article posted for RAGE 2 by Polygon, the site mentioned that according to Willits, the developers are currently “investigating” a Nintendo Switch version of RAGE 2. That’s it- a one word update, but hey, it’s something. At least we know they’re thinking about it.

Not too long ago, Bethesda’s Pete Hines stated that since RAGE 2 runs on Avalanche Studios’ Apex Engine instead of id Tech, unlike DOOM and Wolfenstein, a Switch port for the game is a little tricker. Read more on that through here.