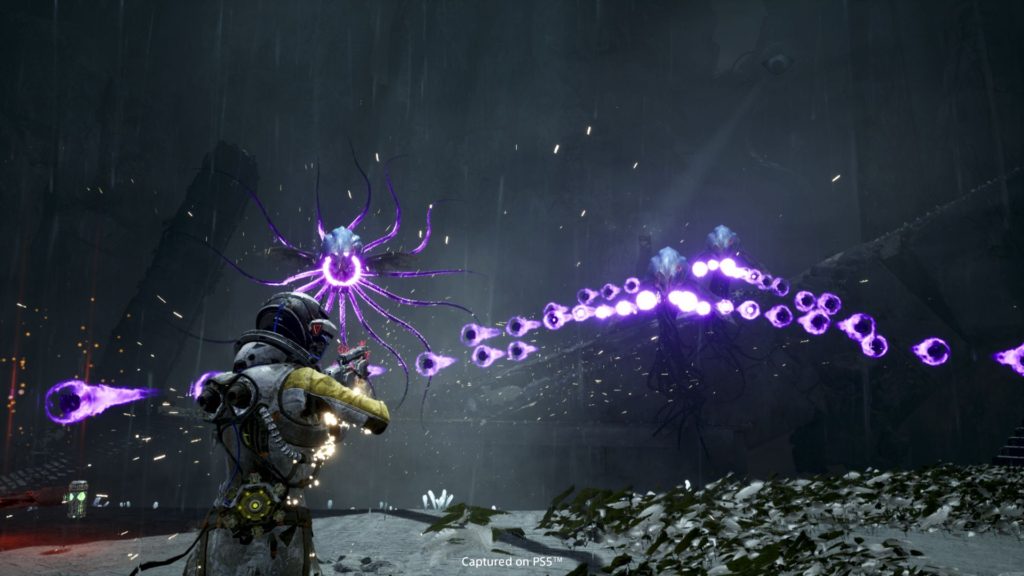 In a recent interview with Kinda Funny (which you can check out below), Returnal game director Harry Krueger talked about the importance of accessibility in game design. During the interview, he also clarified his stance on the lack of difficulty options in the studio’s latest release.

When asked about Returnal‘s unforgiving difficulty, Krueger started by saying that it’s always going to be a hard time finding the perfect balance between a tightly-designed experience and one that accounts for players of all skill levels and abilities. He says that there are never enough options when it comes to allowing more people to be able to experience the game.

“That’s definitely always going to be an interesting challenge to find that sweet spot,” he said (transcribed by VGC).

“I think we can always do more and could always add more support for different ways to play the game and different control methods. I think when it comes to the difficulty I think it is a question of what kind of experience you are having with Returnal.”

Additionally, he also talked about how Returnal‘s difficulty is part of its narrative structure, and allowing a player to easily power through the game would not only lessen immersion with the story but also create ludonarrative dissonance.

“It feels like if you were allowed to just power through a boss without any challenge, or just go from A to B to C through the narrative points, it almost feels like it would create a bit of dissonance,” he said.

“The game is telling you this is really challenging, and that you’re overcoming these obstacles but you wouldn’t have had to experience that friction. So that’s always a line to walk, but it’s something we’re going to keep in mind.”

Despite the lack of difficulty options, Returnal has earned high praise from both critics and fans. Housemarque has also added support for co-op and a new endless roguelike mode by the name of Tower of Sisyphus in its latest update- read more on that through here.